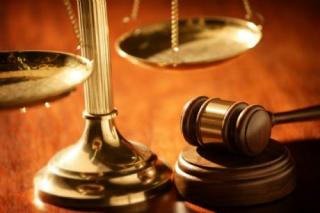 The Portfolio Committee on Basic Education said In a statement on Wednesday that it is worried about the multiple legal challenge costs brought against the Department of Basic Education (DBE).

“Although the exact costs are not known yet, the committee was informed last night [Tuesday] during a briefing by the department on its fourth-quarter expenditure that, the costs for legal fees will be much higher in this financial year. [This] as the department has been taken to court nine times since the COVID-19 national disaster was declared in March this year,” said Committee Chairperson Bongiwe Mbinqo-Gigaba.

Of the multiple cases the department faced, the court ruled in favour of the DBE in eight of the nine court challenges.

“Four of the nine court challenges ended up in the Constitutional Court. This does not come cheaply and the department had to spend a great deal of money defending itself in court.

“This, coupled with the extra expenditure of personal protective equipment, will most likely impact on the services the department can render to our learners, especially the poor vulnerable ones,” Mbinqo-Gigaba said.

A case of underspending

The committee also heard that the department spent less than what it had at its disposal on the Second Chance Programme, which aims to support learners who have met the requirements of the National Senior Certificate (NSC) or the extended Senior Certificate.

The programme also involves “face-to-face” engagements, which the department says could not happen after the national lockdown was implemented in  March.

Regarding the Accelerated Schools Infrastructure Delivery Initiative (ASIDI) programme, the committee heard that certain provinces experience challenges and were underspending due to the underperformance of contractors who were appointed by implementing agents.

The Eastern Cape and KwaZulu-Natal provinces are most affected by this which has led to - in some cases - underachieving contractors facing penalties.

The programme aims to provide water and sanitation to schools and replace poorly-constructed school buildings that were built with low-quality materials.

Mbinqo-Gigaba concluded by saying that, although the committee has taken note of the interventions regarding the programme in order to put things right, more needs to be done to fix the problem.

"We are still of the view that a lot more needs to be done, we will remain vigilant regarding this programme and monitor it closely.”