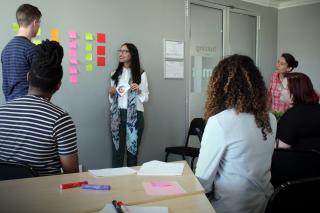 Working in the field of Education, Training and Development as a practitioner has many notable challenges. One of these factors is the dynamic of working on a contract basis.  For many industry employers, the position of the ETD practitioner is often not one in which they feel comfortable offering permanent positions.

In research surveys conducted by Omni HR Consulting focus was put onto “Understanding the perceptions and expectations of Education, Training and Development Practitioners in South Africa”.

Questions asked related to perceptions of contract employment in lieu of more permanent agreements.  A total of 68 participating respondents, resulted in the following insights and findings:

This shows that the perception from the perspective of the employees is one which is noticeably skewed in favour of transience rather than permanence. A possible result of this figure is one that involves the competitive nature of the industry. Responding to perceptions of competitiveness:

What was highly encouraging is that:

Lack of job security in this regard is probably seen as something that is a given and accepted by those who wish to enter the field. The statistics indicate that this dynamic does little to deter those already in the field.

Being an ETD practitioner in South Africa is not something that exists in a vacuum. There are external factors that affect everything in context. As such, a close eye needs to be kept on the role itself, as well as factors that influence the field including influences on employees, employers and clients.

Researcher at Omni Academy for Education, Training and Development