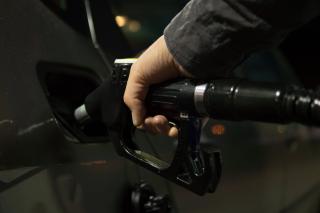 You can expect to pay more for petrol this week, as the Energy Department has confirmed the price will go up.

As of Wednesday, the price of petrol will increase by between R1 and 95 cents a litre.

This includes the prices of 93 Unleaded petrol (ULP) and Lead Replacement Petrol (LRP) and 95 ULP and LRP.

The department released a statement in which it said dramatic price fluctuations affected the increase of petrol.

“The average Brent Crude oil price increased from 61.10USD to 64.00USD per barrel during the period under review. The dramatic price fluctuations are attributable to a variety of events; including low U.S. crude oil inventory figures, the expected increased economic activity in the U.S. due to the approval of their economic stimulus and a vessel stuck in the Suez Canal causing a delay for all cargo containers including oil tankers,” said the department.

The last petrol increase was also influenced by the rand appreciating against the dollar. The Automobile Association (AA) said the price will continue to increase throughout 2021.

“The rand has continued to advance against the US dollar, which is a pleasing outcome considering the severe beating the currency took earlier in the year. But even the currency’s ongoing strength has not been enough to contain oil’s march back towards its pre-Covid-19 price levels,” said the AA.

“While South African fuel prices are well off their record highs, the country’s economy is in a fragile state, and any shocks to international oil prices or the rand/US dollar exchange rate could hurt fuel users badly,” the Association said.