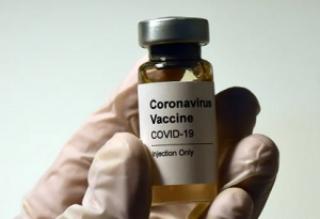 The Johnson & Johnson as well as the Pfizer vaccines will be used to vaccinate healthcare workers in the first phase of the rollout plan.

“The Johnson & Johnson vaccine has been proven effective against the 501Y.V2 variant and the necessary approval processes for use in South Africa are under way. The roll out of vaccination will proceed in the form of an implementation study with the partnership of the Medical Research Council and the National Department of Health vaccination sites across the country,” said Minister Mkhize.

In addition to this, government has secured shots for the first phase of the Pfizer vaccine rollout.

The Minister said  the negotiation process could be done by next week, but in the meantime, government continues to wait for a distribution schedule for the vaccines.

“Engagements with Sinopharm are continuing with already an offer made by China of some vaccines which have been considered and a non-disclosure agreement has been signed and ratification processes in SAHPRA (South African Health Products Regulatory Authority) is in progress.”

Now that government is looking at other vaccines as an alternative to AstraZeneca, there will most likely not be much use for the vaccine in South Africa.

Government is considering swapping the AstraZeneca vaccine or selling it to other countries, following a few hiccups.

It was recently discovered that the AstraZeneca vaccine sent by the Serum Institute of India will expire soon and is not effective against the variant commonly found in South Africa.

Minister Mkhize clarified that the AstraZeneca vaccines have not expired, as speculated. The vaccines are only due to expire in April 2021.

The expiry date was discovered during the quality assurance and control protocols.

The Minister said government would have been able to continue with the rollout plan before the expiry date if the vaccine was effective against the variant.

“Sometimes when a matter is raised in the media and comes out as a leak, people don’t say it’s our information that they used which we already knew about. It’s not so much they discovered something they didn’t know about. Checking the expiring date is one of the basic things you do when you manage a medical product.”