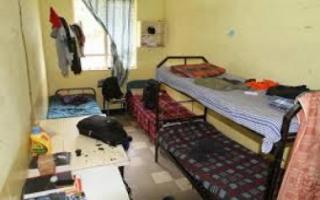 These plans form part of interventions by the Department of Human Settlements to contain the spread of COVID-19, through ensuring that communities have enough space to practice social distancing.

This will see 1000 units being built to reduce the number of occupants in the currently overcrowded hostels.

Mamelodi hostels is one of the biggest hostels in Gauteng with the population estimated at over 8 000 people.

“This makes it impossible for the residents to adhere to some of the COVID-19 regulations. The risks posed by overcrowding in our settlements are real. This requires all of us in the sector to work in unison to save lives by containing the spread of COVID-19.”

“As we embark on these projects, there will be opportunists who will seek to derail us; let us be vigilant,” Sisulu said on Monday.

She said the project to deliver single and family units is expected to be completed by the end of June 2020.

The Minister added that the government is committed to working with business and community members, as it executes its programmes.

Meanwhile, Sisulu, together with the Executive Mayor of the City of Johannesburg, Geoff Makhubo, on Friday visited residents of Plot 323 in Wilgespruit.

These residents have been living in tents after being evicted from nearby farms.

The purpose of the visit was to access progress made in the construction of housing units.

The department said, as of Friday, over 50 structures had already been built and ready for occupation.