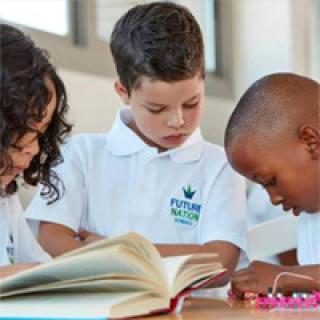 Proficiency in mathematics is a requirement for the majority of demanding tertiary educational programmes including medicine, engineering, computer science and airline pilot training for instance.

In the past, parents and some teachers may have held the belief that some children have an affinity for maths and others do not. However, research has now shown that the mindset that kids have towards the subject plays a big role in how well they do in it.

In fact, a study of primary school students by Stanford University School of Medicine found that a positive attitude about mathematics significantly enhanced their ability to tackle calculation problems, as their positive mindset enabled the hippocampus (memory centre of the brain) to function better. Additional research has also been done to demonstrate the vital introductory role parents play in their kids’ math education.

Mampho Langa, head of schools at Future Nation Schools has compiled a number of ways through which parents and care givers can cultivate a love for maths in their children and build a vital foundation for their future arithmetic skills to be built upon.

Using these ideas to help foster a love for maths and build the foundation of their future mathematics skills as early as possible, will lead to greater academic success and ultimately, the opportunity to study a greater range of subject matter down the line.