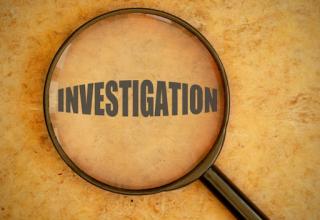 Chairperson of the Portfolio Committee on Police, Tina Joemat-Pettersson, has called for the suspension of law enforcement officers involved in the eviction of a naked man in Khayelitsha, Cape Town, with immediate effect.

This comes after a video was circulated on social media of a naked man in Thembeni informal settlement being evicted by the City of Cape Town’s law enforcement officers.

“We insist that these individuals be suspended with immediate effect,” Joemat-Pettersson said.

The Portfolio Committee on Police has denounced the law enforcement officers’ actions, saying they were “appalling and unwarranted”.

“Law enforcement officers have a mandate to protect and serve, and this mandate was undermined in this instance. Their actions are unacceptable and run contrary to the spirit of their work [and] their actions are not in keeping with the Constitution and the Police Act, which governs the work of the police at municipal level,” Joemat-Pettersson said.

She said the actions by the law enforcement officers are in gross violation of the man’s right to human dignity, which is enshrined in the Constitution.

She said their actions are even more shameful, especially in the context of the implementation of the State of National Disaster, which prohibits evictions.

“The police officers did not allow the man to get dressed at all and seemed intent on publicly humiliating him. That is not in their job description and we want to encourage the victim to lay a charge against the City Law Enforcement officers and their managers. We cannot allow law enforcement officials to act as a gang against the citizens of our country,” said Joemat-Pettersson.

While Joemat-Pettersson understands the need to enforce by-laws, however, “that should be done within the ambit of the law at all times”.

Joemat-Pettersson said she has summoned the leadership of the City of Cape Town’s Municipal Police Services to give an account of what transpired.

She said the meeting with the leadership of the City of Cape Town’s City Police is to understand the legality of the actions and the orders under which the officers were acting.

“The meeting is primarily intended to ensure accountability and transparency by the City of Cape Town’s Municipal Police Services, in accordance with the principles of the Constitution,” Joemat-Pettersson said.

The committee also noted that the City of Cape Town proceeds with inhumane evictions in the middle of winter, despite the call by the Minister of Human Settlements, Water and Sanitation, Lindiwe Sisulu, when she was in Cape Town recently to stop evictions.

“The City Police are not a law unto themselves and must be held to account. There is no private police force in the country and the municipal police conduct in this regard is shocking,” Joemat-Pettersson said.

She has since requested the Independent Police Investigative Directorate to investigate the incident, and to hold any officer and the senior management involved in the incident accountable.

Sisulu has also condemned the incident and called on the Western Cape government to urgently get to the bottom of the incident and to hold accountable those implicated for their deplorable actions.

“While we are yet to be appraised of the exact details of what led to what we have seen on various media platforms, we wish to condemn with the strongest terms an act which sought to degrade an individual in the manner we have witnessed.”

The Minister has on several occasions warned people planning to or who are already invading private properties to desist from unlawful acts.

The incidents of land invasion have been a regular occurrence in the Western Cape, Gauteng and KwaZulu-Natal.

However, Sisulu insists that no matter the circumstances, there is no reason for such behaviour from the people tasked with enforcing the law.