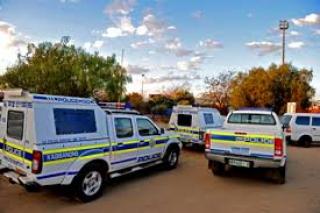 Continued efforts to eradicate the destruction of valuable telecommunication infrastructure led to the recovery of cell phone signal tower batteries worth an estimated value of R150 000. This breakthrough was achieved through an integrated intelligence-driven operation on Tuesday, 07 July 2020 in Knysna and Plettenberg Bay by Eden Cluster CIG and Knysna SAPS.

The information was operationalised and led SAPS members to a house in Hornlee. Upon searching the premises the vigilant members found two batteries hidden in a room. Further investigation resulted in the additional discovery of empty gas cylinders as well as a range of power tools and electrical equipment. All these items were confiscated.

Further leads took the police to separate houses in Concordia and Kwanokuthula where a total of three more batteries, two and one respectively, were confiscated.

Subsequently, two suspects were arrested for the possession of suspected stolen items. They are currently in custody and scheduled to appear in the Knysna Magistrates’ Court as soon as they are charged.

The possibility that the find could be linked to a recent theft of cell phone tower batteries in Knysna is being probed by the Knysna SAPS's Detectives Branch.