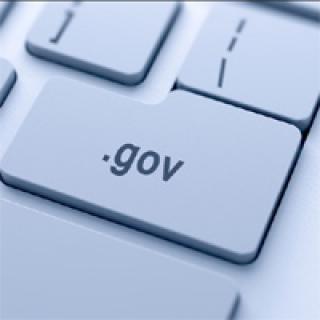 The enrichment of the few is compromising broader economic growth and development according to policy expert and researcher Anton Eberhard.

South Africa may have avoided a recession this week thanks to better than expected growth in the second quarter, but the country’s long-term prospects for growth and development are bleak because of poor policy decisions around South Africa’s economic infrastructure, lack of good governance, and out of control corruption.

So says Anton Eberhard a professor at the UCT Graduate School of Business and former National Planning commissioner.

“Any one instance of government dereliction is troubling, but the cumulative effect of multiple areas of insouciant neglect, or deliberate abuse, of our infrastructure industries indicates a government that has little appreciation of the importance of energy, telecommunications, transport and water for economic growth, employment creation and poverty reduction,” he says.

According to Professor Eberhard delays in key policy decisions and a breakdown in governance of state-owned enterprises (SOEs) creates more space for rent-seeking and corruption in a number of critical areas.

Eskom is the largest of South Africa’s state-owned enterprises with annual revenues of R160bn. Contrary to recent Eskom press statements, its long-term cost-plus contracts with tied coal mines have been cheap. But these contracts are not being renewed and are instead being given to smaller, new mining entrants. That, in, itself, is positive for empowerment, but little investment is being made in new mines. Eberhard says that Eskom is openly defying National Treasury’s scrutiny of these contracts and that government has not acted on the recommendations of the Coal Road Map published in 2013.

“The risks of coal shortages and steep increases in coal and electricity prices are real,” he cautions.

“There are also allegations of corruption in Eskom contracts for the refurbishment of Koeberg generators and the construction of its new power stations such as Ingula. Eskom tariffs have increased four-fold in a decade, mainly as a result of massive cost and time overruns on its new power plants. Restructuring recommendations in the Energy Policy White paper of 1998 have not been implemented and Eskom now frustrates the entry of private independent power projects through delayed and inflated transmission connection costs, and through refusing to sign new power purchase agreements.”

Government interventions in the telecommunications sector have also been either misdirected or delayed says Eberhard. Telkom was partly privatised while still enjoying a monopoly in fixed-line telephony and other services. The result was price-gouging and the frustration of competition. Huge budgets dedicated to universal access were wasted as Telkom lost more phone connections than it gained.

Additionally, Telkom’s control of the “last-mile” in copper, and slowness in moving to fibre optic cables, Broadband Infracos’s sclerotic performance, and the failure to auction radio spectrum for enhanced broadband access, amongst other policy and regulatory failures, have resulted in South Africans having slower and more limited internet access than many of our African neighbours.

“South Africa has missed the deadline set by the International Telecommunications Union to migrate our television services from analogue to digital signals by 2015, which would have freed up radio spectrum for broadband, but few in government seem to care. There is no urgency.”

Eberhard continues that while Transnet has produced good financial results, it has also come at a cost to the South African economy. “Transnet is unique in being an integrated rail, ports and pipeline utility. Few other transport companies around the world enjoy such protected market share. Unsurprisingly, its ports, general rail freight and pipelines charges are way higher than international norms. It costs more for South African companies to export or import. We are less competitive and the growth of our companies and employment is constrained. National Treasury studies and proposals for transport reform, dating to 2007, gather dust.”

Allegations of corruption in rail tenders abound. Shell companies, with no experience, were awarded multi-billion rand tenders. The Transport Minister has tried to close down investigations. Like the arms deal, these allegations will not go away. There will be court cases. In the meantime, the renewal of rolling stock, and other infrastructure, is delayed and is much more expensive that it should have been.

South African Airways, too, lurches from crisis to crisis with naïve and crude attempts to extract rent as it desperately seeks new funding. Its management has been decimated and whistle blowers victimized. “Yet the President blocks all attempts to replace its disastrous chairperson or renew its board with competent and experience members.”

And the future of water supply to the Johannesburg region is now threatened by delays to the second phase of the Lesotho Highlands Water Project caused by political interventions which seek favoured access to contracts for party-connected individuals.

“Each of the above incidences of policy inaction, poor governance or potential corruption has been well documented. However, the full catalogue of indifference or malfeasance reveals the extent to which the governance of key infrastructure ministries and state-owned enterprises has broken down. The boards and management of SOEs now openly defy the Public Enterprises Ministry or National Treasury. This would have been inconceivable a few years ago.”

“It’s entirely possible,” he concludes, “to make systematic and measurable progress across all these identified infrastructure areas. To do so would create a shift in investment and optimism in South Africa’s ability to deal with unemployment, poverty and inequality. But that would require a renewal of political leadership.”

Instead, none of the recommendations of the Presidential Review Committee on State Owned Entities, which was tabled in 2013, have been adopted. The one claimed recommendation – that the President chair a new State-Owned Companies Coordinating Council - is a fiction, and does not augur well, given previous actions to undermine good governance in SOEs, including blocking the appointments of reputable, principled and experience people to the SOE Boards.

“The President, his cabinet and the ANC’s National Executive Committee have to take responsibility for this failure in governance and economic management. Either they have to demonstrate seriousness in growing our economy and employment or we have to conclude that their failure to make progress in obvious economic and infrastructure policy areas, or to speak up against blatant corruption, is a tacit acceptance of the inevitable decline of our infrastructure, our economy and, ultimately, of a once principled and proud liberation movement.”