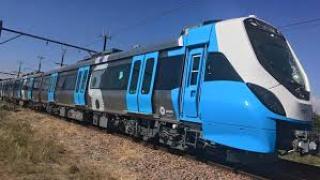 "Mathebula had been seconded from National Treasury, where he had previously been acting Chief Procurement Officer. He has been tasked by [the administrator of PRASA Bongisizwe] Mpondo to clean up Supply Chain Management (SCM), which has so far been the epicentre of PRASA’s challenges,” the entity said on Tuesday.

The challenges include non-payment of service providers, which has led to some small and medium enterprises (SMEs) taking PRASA to court to demand payment, while others have experienced cash-flow issues, which have threatened the livelihoods of their employees.

“Mathebula has also been mandated to address SCM leadership challenges. He has to provide a clear interpretation and application of the regulatory framework, policies and procedures, and also provide solid leadership to the team. This will include ensuring that decisions are not centralised on the GCPO, as has been the case in recent past,” PRASA said.

Other issues to be addressed include project delivery, which has led to PRASA being unable to roll out critical capital expenditure (CAPEX) projects.

The agency currently has over R20 billion in unspent CAPEX, leaving it with an aged and ageing infrastructure.

Mathebula also has a mandate to address SCM-related audit findings, as reported by the office of the Auditor-General, and to ensure consequence management.

In December, PRASA’s interim board was dissolved by Transport Minister Fikile Mbalula and placed the entity under administration.

Mathebula, a seasoned procurement practitioner, has been a member of the Technical Advisory Team to Mpondo since February 2020.

He assumes the position, which was left vacant by the departure of Keabetswe Mpane.