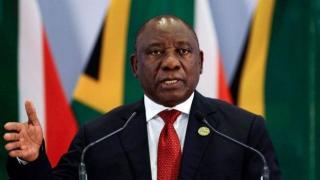 President Ramaphosa made the new appointments in terms of Section 9(1) and 11(1) of the National Prosecuting Authority Act 1998, (Act 32 of 1998), and after consultation with the Justice and Correctional Services Minister Ronald Lamola and National Director of Public Prosecutions Adv. Shamila Batohi.

“These appointments are essential for the efficient functioning and rebuilding of the NPA as part of the fight against crime and corruption and as a contribution to deepening the capability of the state,” said the Presidency in a statement.

Adv. Ouma Rasethaba will serve as Deputy National Director of Public Prosecutions, a role to which she brings at least 30 years of legal experience since her admission as an attorney in 1990 and an advocate six years later.

Adv. Rasethaba is a governance and risk expert, having worked in the corporate sector for 10 years.

She is also certified as a trainer, coach, teacher and public speaker and has trained as a negotiator, mediator and arbitrator.

Adv. De Kock was appointed as the Director of Public Prosecutions for the Western Cape by the President of the Republic of South Africa on 1 November 2003 and he currently occupies this position.

Adv. De Kock was awarded a Bachelor of Arts and Law Degrees in 1983 and 1984 respectively from the University of Cape Town.

Adv. Mthunzi Mhaga has been appointed as Special Director: Strategic and Legal Advisor within the Office of the National Director.

He offers a wide range of legal skills with a strong understanding of civil litigation, public prosecutions and media communications.