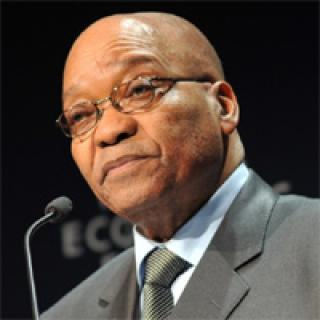 President Jacob Zuma has tendered his resignation as the head of State in the Republic of South Africa after nine years in office.

The President addressed the nation in a live broadcast on Wednesday night that had generated keen domestic and international interest. The National Executive Council (NEC) of the governing African National Congress (ANC) on Tuesday announced its decision to recall President Zuma in a move the party said was aimed at providing certainty for the people of South Africa.

Earlier on Wednesday, the ANC’s parliamentary caucus had agreed to table a Motion of No Confidence against President Zuma on Thursday, had he not agreed to resign.

President Zuma made his long-awaited address after 10pm in a packed press room at the Union Buildings. He bid the country farewell and thanked government officials and stakeholders for the cordial working relations forged during his tenure.

“I wish to thank members of Cabinet, Deputy Ministers and the whole of government for the positive manner in which we all worked,” said the now former President.

After witnessing skirmishes outside party headquarters at Luthuli House at the height of talks of recall, Zuma on Wednesday appealed for non-violence, saying “no blood should be shed” in his name.

Following its decision to recall President Zuma, the ANC’s NEC had set Wednesday as the deadline for him to resign.

On Wednesday afternoon, the ANC parliamentary caucus held a briefing, led by ANC Treasurer General Paul Mashatile, where it announced the decision to table the Motion of No Confidence against President Zuma.

National Assembly Speaker Baleka Mbete announced that the Joint Programming Committee would meet again on Thursday morning to discuss the logistics of the swearing in of the new President, who is expected to deliver the State of the Nation Address.

Following Zuma’s resignation, the ANC announced its decision to elect ANC President Cyril Ramaphosa and the Deputy President of the country as the incoming President.

In a briefing at Luthuli House after Zuma’s resignation, ANC Deputy Secretary Jessie Duarte extended the party’s gratitude to President Zuma for having served the country in this capacity for the last nine years, particularly for the contribution he has made to progress in improving the lives of ordinary South Africans.

“While we accept the resignation of President Zuma, we reiterate that our decision to impose a recall was taken only after exhaustive discussions on the impact such a recall would have on the country, the ANC and the functioning of government.

“This decision provides certainty to the people of South Africa at a time when the economic and social challenges facing the country require urgent and resolute response by all sections of society.

“In giving effect to the decision of the ANC NEC to recall him, President Zuma has reaffirmed his commitment to the principles, practices and character of the movement to which he has dedicated his life,” Duarte said.

She said Zuma leaves a legacy of delivery in many critical areas. One of them is conceptualisation and delivery of the National Development Plan (NDP), a long term plan towards the country’s common prosperity.

Duarte highlighted successes in the country’s HIV/Aids treatment programme, the continual improvement in the matric pass rate, the provision of free education to poor and working class students and the massive infrastructure programme as some of the highlights of Zuma’s administration. - SAnews.gov.za