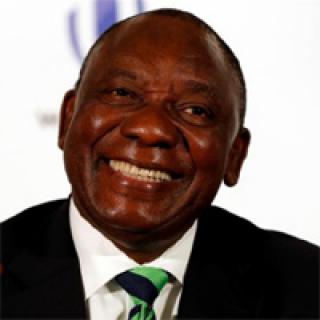 Political analysts have lauded the influence of President Cyril Ramaphosa in the performance of the African National Congress (ANC) in the 2019 National and Provincial Elections.

They argued that his election, as is currently anticipated, would boost the country’s economy as South Africa attempted to create a better life for every citizen.

Speaking on the side lines of vote counting at the IEC’s National Results Operation Centre (ROC) in Pretoria this morning, political analysts said President Ramaphosa had over the past year as the Head of State signalled his intention to stabilise the country’s fortunes.

This was at a time when the country was experiencing poor economic management, high levels of unemployment and poverty, poor growth rates as well as two downgrades.

At the time of publication, with 80% of votes tallied, President Ramaphosa’s ANC had a lead of 56.99%.

Political analyst Khaya Sithole said this might not have been the case had President Ramaphosa not been at the helm.

What makes President Ramaphosa unique, he said, is that he has decided that in order to run a functional state you need to do particular things.

“He has done a lot of those things, even before this election... and I think that momentum will carry on.

“Even if a lot of opposition parties might disagree with him on a lot of things, none of them would dispute that fixing state institutions is something that needs to be done. So if he continues with that momentum, he will be able to build a far more capable state,” Sithole said.

He said President Ramaphosa has done some work to arrest the decline in voter support.

In 2014, the governing party registered a 62% victory. Analysts were today anticipating the ANC to win the 2019 election, albeit with a declined 57%.

Sithole said this figure would not be catastrophic for the party.

The political analyst urged President Ramaphosa to consider looking beyond his party when building his next Cabinet in an effort to solidify his support base.

“Use the other parties to create a new support base which is centrist, which puts South Africa first and is focused on economic growth, on redress, and in that process, creating a better life for all,” he said.

Sithole said the ANC should thank President Ramaphosa for its performance at the polls.

“What he did is he brought in other constituencies outside the ANC. He brought in a lot of people who were fearful of the future of the country.

“Secondly, he also increased their fortunes… and that is why I think they should allow him to effect a government of national unity so that as a country we are able to rebuild these institutions that have been destroyed,” he said. – SAnews.gov.za