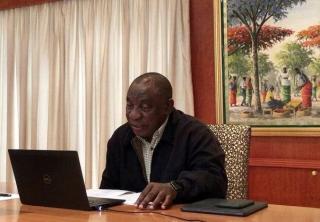 President Cyril Ramaphosa will later today respond to a debate by a hybrid Joint Sitting of Parliament on the South African Economic Reconstruction and Recovery Plan.

The President presented the plan to a Joint Sitting of the National Assembly and the National Council of Provinces last Thursday.

During his address, Ramaphosa described the plan as a set of extraordinary measures that will restore the economy to ensure inclusive economic growth following the pandemic.

The President called on all South Africans to come together to build a new economy.

In line with the vision for the country - as described in the National Development Plan - the main goals of the economic recovery plan are to:

- Create jobs, primarily through aggressive infrastructure investment and mass employment programmes;
- Revitalise the economy by focusing specifically on growing SMEs;
- Accelerate economic reforms to unlock investment and growth;
- Fight crime and corruption; and,
- Improve the capability of the state.

Parliament's hybrid Joint Sitting, which will take place at 3 Pm, will give members of the National Assembly and National Council of Provinces a platform to comment on the plan's introduction which took place on the 15th of October.

The President will respond at the end of the debate via Parliament's virtual platform.