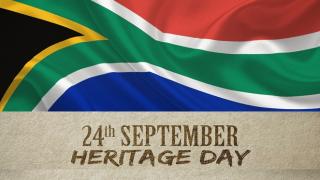 At its core, Heritage Month stands to promote the rich and diverse indigenous knowledge systems of South Africa.

The theme for this year’s Heritage Day is 'Celebrating South Africa’s Living Human Treasures' which recognises the country's living human treasures who symbolise beacons of knowledge, customs and traditions.

As part of the festivities and in their honour, three books have been launched, which acknowledge the efforts of these great women, who have distinguished themselves in their chosen fields of artistic occupation, putting South Africa on the global cultural map.

The government is already promoting South African native knowledge holders, who have been producing goods and services within local communities but have not received national or international acclaim and recognition.

Heritage Month also aims towards highlighting the fight against gender-based violence and femicide in South Africa.

It’s a chance to raise awareness around this growing problem and encourage more South Africans to treasure and care for women and girl children within communities, while also introducing them to the richness of SA’s indigenous heritage.

As part of the rising awareness of the matter in society, the government will continue to monitor and hold discussions on GBV, aimed at promoting a positive behavioural change.

This year’s national day celebrations will highlight, among many other things, the vastness and richness of indigenous knowledge systems represented by rites of passage, festivals, music, crafts, science, innovation, knowledge and our relations with the universe.

The celebrations will be televised on major news channels and streamed live across social media platforms.