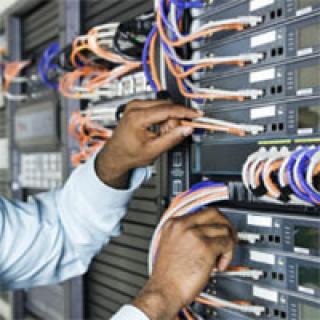 Speaking during the Gauteng ICT Summit in Midrand, Premier Makhura also urged the private sector to partner with government to achieve the province’s ICT goals.

During the summit, the provincial government adopted a five-pillar strategy to transform Gauteng into a “smart province” and a Connected Global City Region (GCR).

Through its strategy, the GCR seeks to build an enabling broadband infrastructure for a connected government as well as create an enabling platform to deliver e-government services.

The strategy also strives to establish a Gauteng City Region structure to coordinate, standardise, regulate and prioritise the implementation of its e-government initiatives.
The strategy seeks to promote the use of e-government services across the board - by government, citizens and the private sector.

The strategy intends to stimulate the ICT economy by encouraging public, private partnerships for the development and roll-out of e-government services.

“We live in an increasingly digital economy and information age in which equitable access to broadband is a basic human freedom which must be guaranteed to every member of society.

“Connectivity is now a utility with which to measure the quality of life, human progress and economic development,” Premier Makhura said.

He said the old ways in which governments and public servants interfaced and interacted with members of the public were becoming inadequate.

“Public services and public engagements have to respond to the information technology revolution where millions of people can access services and transact with governments anytime, anywhere, without coming face to face with public officials,” Premier Makhura said. – SAnews.gov.za