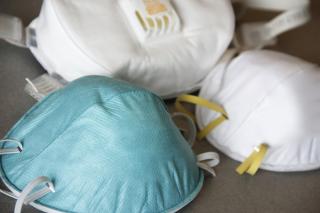 Health Minister, Dr Zweli Mkhize, has once again emphasised that no health care worker should be put at risk of contracting COVID-19 while on duty because of inadequate training, protection and support, which includes the availability of personal protective equipment (PPE).

The Health Department met with unions on Saturday to discuss issues around the occupational safety of health care workers, as well as workplace infrastructure and remuneration.

Attending the meeting was the Health Department’s senior national officials, provincial Members of the Executive (MECs) and their Heads of Department (HODs).

In a statement released after the meeting, the Health Department said that there is a clear understanding between government and unions that a zero-tolerance stance regarding the availability of PPE to all health care workers will be adopted.

The department reiterated that SA currently has enough PPE stock but acknowledged that the problem lies around to the movement and distribution or redistribution of stock.

“Based on all the above, it should be clear to all that the primary protection of health workers is a matter on which we will all agree, with no exception. Our approach must, therefore, be to support the simple ethos: no PPE, no work.

“We believe that this should motivate management and labour to ensure there is not a situation where someone declines to work. It is unfair to put any worker in such an invidious position,” the department said.

Monitoring of PPE at health facilities

While all parties noticed an improvement in the situation since the concerns around PPE were first brought to light, the Minister said that the availability of PPE needs to be jointly monitored daily at all facilities.

To gain a better understanding of the problem, the Minister tested several institutions where complaints have been made and began investigations to address the problem.

Starting immediately, the department adopted the strict rule that only a report that has been verified by a functional Occupational Health and Safety (OHS) committee will be taken into account.

“As far as the national department is now concerned, any unattended problems will automatically mean that the OHS committee is non-existent or non-functional, and as such, there is non-compliance with legislation. This will invite decisive consequence management.

“To ensure that parties engage on the same basis, unions will have direct access to the information contained on the department’s web-based dashboard and digital stock visibility system,” said the department.

This will allow unions, along with management, to conduct daily audits to allow for the tracking of smaller details such as sizes available, quantity and evidence of quality assurance.

The department also highlighted that there needs to be a common understanding of the use of PPE in various work settings.

The meeting recommended that the Ministerial Advisory Committee on COVID-19 gather information from stakeholders and issue an advisory that can be acceptable to all parties and applied across all provinces; this will also allow revisions that need to be considered, based on feedback from health workers.

Measures to boost support for health care workers, who are in the frontline of this pandemic, need to be strengthened.

The meeting agreed that PPE supplies must be consistent to address the concerns of the unions.