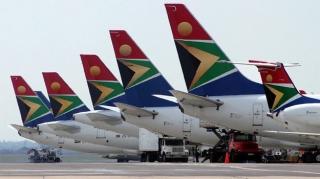 In a media statement released on Monday, The Department of Public Enterprises (DPE) called on creditors, unions and other stakeholders to vote in favour of a business rescue plan for SAA “as this is the only realistic pathway to restructure the airline and for a new national carrier to emerge from the business rescue process.”

“The vote is an important landmark in the rescue after labour unions and staff representatives have accepted voluntary severance packages (VSPs) for SAA employees.”

The statement went on to say that following the suspension of the creditors’ meeting two weeks ago, the Business Rescue Practitioners (BRPs) have revised the business rescue plan.

By approving the plan, creditors and employees have the opportunity to become the co-creators of a new national airline while COVID-19 pandemic wreaks havoc on the country’s economy by causing thousands of job losses in the global aviation industry.

The DPE said that “this is the only realistic path through which creditors and employees will derive optimum benefit, either for outstanding debts due or for severance packages that will become available to retrenched employees.

“It is also the preferred path from which a new viable, sustainable, competitive airline that provides integrated domestic, regional and international flight services, can emerge.”

Furthermore, the cabinet has expressed its support for the concerted effort to acquire funding from various sources, including from potential equity partners, to finance the business rescue plan for the new airline.

The BRPs have scheduled a creditors meeting for Tuesday, July 14, to further discuss and vote on the business rescue plan. 75% of the votes would need to be in favour of the plan to be successful.

Should creditors vote not to support the business rescue plan, SAA would face bankruptcy.

Further delays in the voting process will jeopardize severance benefits for employees, the retention of 1 000 jobs, and the settling of outstanding debts with creditors who are at risk; this is expected to increase uncertainty for creditors, SAA employees and potential investors.

The DPE believes a positive vote to finalise the business rescue process would be the best option for the national carrier in order to restructure its affairs, business, debts and other liabilities.

“As the shareholder on behalf of the government, the DPE and has highlighted the disadvantages of the liquidation of the airline: creditors would receive substantially less for debts owed to them by SAA, there would be a loss of opportunities to provide the new airline with technical, financial, and operational expertise and overall future business partnerships and the severance benefits to retrenched employees would be capped across the board, regardless of years of service” the statement read.

Should SAA be liquidated, every employee, no matter the numbers of years spent at the airline, will receive only a capped severance settlement of R32 000 and lose all other benefits.

Conversely, a restructuring process would offer severance and retirement packages based on the worker’s years of service, the opportunity to re-employ displaced employees in the future, as well as opportunities for former SAA employees to start their own businesses as service providers for a new airline.

“For the DPE, the finalisation of the business rescue plan and the emergence of the new airline would allow unions and other key stakeholders, who have deep knowledge of the sector, to help form a new airline as well as coming up with novel ways of addressing the interests of the displaced workers,” the department said.

The statement concluded by assuring the nation that the Government is committed to supporting a competitive, viable and sustainable national airline, and wishes to engage beneficially towards the national goal of managing an airline in a constrained economic environment, taking into account the impact of the COVID-19 pandemic on this situation.