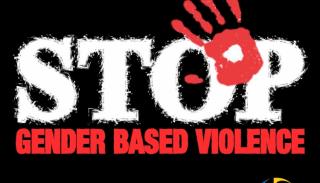 This comes as South Africa prepares to commemorate Women’s Month in August.

The VSS Bill forms part of a critical legislative framework by the government in its endeavour to combat the increase of crime - particularly gender-based and other violent crimes.

The bill seeks to place the victim at the centre of the criminal justice system to ensure that the victim and perpetrator are entitled to equal rights.

In line with section 35 of the Constitution of the Republic of South Africa, the current criminal justice system focuses more on the rights of the accused while a limited emphasis is placed on the rights of victims.

The bill also aims to bring court's attention to the meaning of section 9 of the Constitution of the Republic of South Africa, 1996, which provides that “everyone is equal before the law and has the right to equal protection and benefit of the law”.

Victims of gender-based violence (GBV), therefore, require the same level of security offered by the law that is extended to the perpetrators.

The bill, which was gazetted and published on 17 July 2020, begins to recognise that victims experience secondary victimisation and therefore creates a prohibition against such.

It provides that secondary victimisation is illegal and needs to be prevented at all times through service provision.

Furthermore, the VSS Bill stipulates the various services to be provided to victims, in as much as services are channelled towards the accused.

“It delineates the services of various stakeholders according to their mandate and expertise. This includes the department’s psychosocial support services, which is linked to the provision of shelter services. The VSS Bill advocates specifically for the legal representation of a victim.

“It calls for the State to endure the legal costs for the victim in cases whereby victims wish to sue the accused for damages. It also encourages providers of services to victims to be accredited to ensure that their services comply with the norms and standards set by the department,” Social Development explained.

The norms and standards include ensuring that employees of facilities are vetted against existing registers, for example, the Child Protection Register (CPR) and the National Sexual Offences Register (NRSO), to protect victims.

Stakeholders, including those in the private sector, civil society organisations and members of the public, are encouraged to respond with their comments to shape a society that will advocate for justice for victims of violent crimes and gender-based violence.

The department said the VSS Bill, by its nature, is a critical part of government’s strategies to fight the scourge of GBVF, including the recently approved National Gender-Based Violence and Femicide Strategic Plan, 2020-2030.

The VSS Bill will specifically be driven through pillar four of the National Strategic Plan (NSP) on GBVF, which focuses on the response, care, support and healing.

The memorandum on the objectives of the bill and the bill itself may be accessed on the Department of Social Development website: www.dsd.gov.za or from Government Notice No. 43528 Government Gazette, 17 July 2020.

The closing date for comments is 16 September 2020.

All comments may be submitted in the following format: Clause Commented on, Proposal, and Motivation.