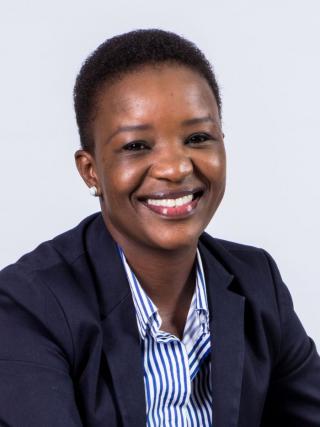 Covid-19 has exposed just how fractured South Africa’s democracy is and how unequal we are as a society. We need rational, pragmatic choices from government, labour and business, says Busisiwe Mavuso, CEO of Business Leadership South Africa. Ms Mavuso was addressing over 300 delegates at the Trialogue Business in Society Virtual Conference this afternoon (13 October) on lessons from Covid-19 for the business and development communities.

“If this pandemic doesn’t make us, as leaders, carefully think about how we sustainably start to deal with our structural economic flaws, then I don’t know what will.”

South Africa has been hampered in its response to the pandemic because many citizens lack access to running water, have no money for sanitiser, and live in overcrowded housing. Countries that will bounce back quickly from this crisis, however, are those with a “diamond” economic structure, with an 80% middle class, “because it is the middle class that carries the economies, not the rich,” she said.

“The biggest ticking time bomb in this country is inequality, which undermines social stability, which means the quest of attaining a sustainable and conducive environment within which business should operate will continue to be elusive. It is for this reason that, as business, we need to be more intentional and deliberate about the role we play in society.”

Ms Mavuso acknowledged the critical contribution of business to lessening the impact of the Covid-19 crisis. Interventions include assisting with the delivery and collection of medical equipment and food parcels, procuring personal protective equipment for frontline medical heroes, and setting up the Solidarity Fund.

“The question we need to be asking is what now, where to from here, and what is required from each of the social partners in moving the country forward. All of our efforts need to be geared towards economic recovery, and what the country needs right now is rational, pragmatic choices to guide our actions.”

Ms Mavuso acknowledged that government controls the policy environment within which all operate. “We need government to come up with a president-led and cabinet-backed plan that we can all get behind with a common issue.” Nedlac partners had done their part by presenting the president with a proposed economic recovery strategy, and “what is required now is a pronouncement in this regard, as well as clear and decisive leadership from the top.”

From a labour perspective, Ms Mavuso said it was inarguable that the higher the cost of input in production, the less of it would be used, especially where there are substitutes. Businesses can choose to work with fewer people, or with more machines, to increase productivity.

“A great deal of cost is created by regulation. Employers spend a great deal on labour disputes that end up in the CCMA or in court, a lot of production is lost to strikes, and many employers sit with unproductive or even destructive staff members because it is too difficult to fire them.”

An economy that is, instead, able to quickly replace unproductive workers at minimal cost will be one that employs many more workers, because on average they will be more productive, and the all-in cost of hiring them would be lower.

“Let’s agree that as a country we seem to lack the political courage to address some of the stringent labour regulations, and to have an honest and frank discussion with our labour constituents in this regard.

I think it is about time that labour came to the party by working with business to preserve and create more jobs.

There needs to be serious consideration around a short time and amendment of some of the rigid labour regulations, even if it is just to save one job.” (Short time is working fewer than regular hours per day or days per week, as an alternative to retrenchment.)

Ms Mavuso concluded that “South Africa’s social injustice is the business’s crisis as much as it is government’s crisis. It is our crisis because, as a grouping that has levers to economic power, we have a special responsibility to work firmly towards this agenda.

Let’s agree as business that some things are bigger than self-interest and the profit motive. And those are issues of national interest that need to be elevated above all.