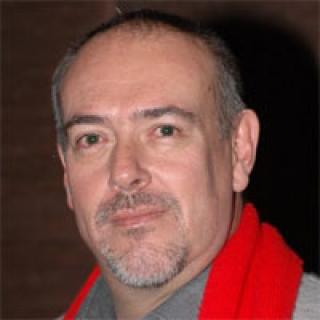 In the second of three articles preceding the Association for Skills Development in South Africa’s conference in Randburg next month, Jim Freeman analyses the need for a professional body for facilitators.

Ever since then-Labour Minister Membathisi Mdladlana launched the National Skills Development Strategy 15 years ago, critics have pooh-poohed it as being (at best) misguided or (at worst) a waste of time and resources.

The NSDS was to be a “for business by business” initiative that would have a beneficial socio-economic impact on South Africa in that a dramatic improvement of the national skills pool would raise employment and productivity levels.

“There is a popular saying that ‘the proof of the pudding is in the eating’ but it’s an irrefutable truth that dessert is going to be a disappointment if the cook gets the recipe wrong,” says Gill Connellan, chairperson of the Association for Skills Development in South Africa (ASDSA).

“Detractors can lambaste the NSDS’s premier implementation vehicles – the sector education and training authorities (setas) – for dodgy results but these bodies would often be completely justified in responding ‘garbage in, garbage out’.

“The prime function of a seta is to assess the short and long-term skills needs of its industry sector and to motivate employers to train workers to meet the most immediate of those needs. At the same time, setas forward their sector skills plans to the Department of Higher Education and Training so universities and vocational colleges can supply anticipated longer-term needs,” says Ms Connellan.

Neither tactical nor strategic skills-supply requirements are being met, partly because business’ input to the national skills planning process has been inadequate, she maintains.
Skills development legislation said that if an enterprise wanted to engage with a seta, it had to appoint a skills development facilitator (SDF). This individual had to compile and submit workplace skills planning and implementation reports if the enterprise wanted to access seta grants.

Sadly, says Ms Connellan, most companies saw this as the sole purpose of the SDF and, since the role was ill-defined and misunderstood, there were no professional requirements set for those who fulfilled the role.

It is only now, after a decade of lobbying and a growing understanding that skills development is vital to an enterprise’s continued existence, that a basis for the appointment and assessment of an SDF’s performance has been established.

Almost as soon as the ASDSA obtained professional body status, a certification committee was established to, inter alia, to design relevant qualifications.
The committee, guided by Dr Michele Serfontein, quickly determined that registering a range of professional designations shaped by the workplace experience acquired by respected practitioners over several years would be more useful than developing qualifications.

“Some SDFs have been doing the job for 15 years … doing it very well … and between them they have built up an awesome body of practical knowledge.”
“It is a global trend for the development occupational and vocational qualifications to be increasingly managed by industry- and sector specialists – as well as industry itself – rather than following a purely academic process,” says Dr Serfontein.

“However, only the Association will be able to confer these designations and a person will have to be a member in good standing. The value of a professional designation is that it implies integrity as much as competence.

“Unlike a qualification which is a lifetime academic or vocational award, a professional designation is held only as long as an individual is doing the job as well as conforming to the requisite code of practice or actively advancing the cause of skills development.

“Adherence to a code of conduct is a particularly important aspect of a professional designation.

“In the first place, it ensures a prospective employer or client the knowledge that not only does a person possess technical competence, they also subscribe to an industry-accepted set of professional ethics and good practice. In the second, it allows actual employers recourse should the requisite standards not be met,” she adds.
The ASDSA is able to strip a member of a designation after following due disciplinary process.

For more about the ASDSA event, to be held at at the Apollo Hotel and Conference Centre in Randburg on 18 February, contact Sandi Kiti at 086-1877783 or [email protected]. Cost of attendance is R550.00 for Association members and R800.00 for non-members.

Details of the professional designations can be found on the Association website www.asdsa.org.za