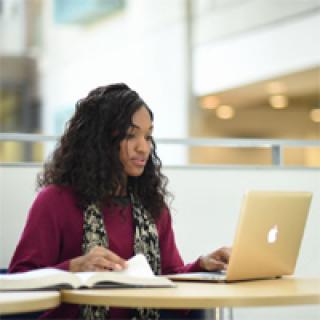 When people talk about quality education, they’re often referring to the kind of education that gives students the knowledge and skills they need for the job market. But there’s a view that quality education has wider benefits: it develops individuals in ways that help develop society more broadly.

In Zimbabwe, for example, the higher education policy emphasises student employability and the alleviation of labour shortages. But, as my research found, this isn’t happening in practice.

University education needs to do more than produce a graduate who can get a job. It should also give graduates a sense of right and wrong. And it should instil graduates with an appreciation for other people’s development.

Tertiary education should also give students opportunities, choices and a voice when it comes to work safety, job satisfaction, security, growth and dignity. Higher education is a space where they can learn to be critical. It must prepare them for participating in the economy and broader society.

This isn’t happening in Zimbabwe. Graduate unemployment is high and employers and policy makers are blaming this largely on the mismatch between graduate skills and market requirements.

My research sought to examine how a human development lens could add to what was valued as higher education, and the kind of graduate outcomes produced in Zimbabwe. I investigated 10 of the universities in Zimbabwe (there were 15 at the time of the research). Four were private and six public.

I found that in practice, higher education in Zimbabwe was influenced by the country’s socio-political and economic climate. Decisions and appointments of key university administrators in public universities and the minister of higher education were largely political.

In addition, resources were limited and staff turnover was high. Universities just couldn’t finance themselves through tuition fees.

Different players in the higher education system – employers, the government, academics, students and their families – have different ideas about what “quality” means in higher education. The Zimbabwe Council for Higher Education understands quality as meeting set standards and benchmarks that emphasise the graduates’ knowledge and skills.

To some extent, academics and university administrators see quality as teaching and learning that gives students a mixture of skills and values such as social responsibility.

But lecturers must comply with the largely top-down approach to quality. They tend to do whatever will enhance students’ prospects of getting employment in a particular market.

The educators and students I interviewed acknowledged that developing the ability to work and to think critically were both central to higher education. But they admitted that these goals were hard to attain. This was because of the country’s constrained socio-political and economic environment. Academics and students felt that they couldn’t express themselves freely and critical thinking was suppressed.