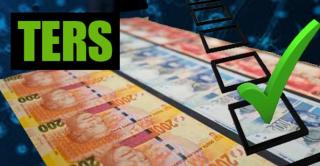 Another suspect has been arrested and will appear before a commercial crimes court for the alleged fraud and theft of a large sum of money from the UIF COVID-19 Temporary Employer and Employee Relief Scheme (TERS).

In this case, the suspect is a 62-year-old pensioner who was arrested by the Hawks Serious Corruption Investigation unit on Sunday in Hammanskraal.

The suspect, who has not been named, is among 14 others arrested for similar crimes involving the UIF TERS fund.

A similar incident took place in June where nearly R6m in Covid-19 relief funds – which was intended for 200 recipients - were diverted to one man in what was considered a blatant example of fraud and money-laundering.

The suspect, in this case, faces the same charges of either fraud or theft and money laundering.

“The 62-year-old pensioner was arrested after he failed to disclose that he became an instant millionaire. The money was meant to remunerate employees of a certain company to be disclosed in court papers,” said Hawks spokesman Brig Hangwani Mulaudzi.

Mulaudzi added that the suspect worked for the same company and apparently used the same reference number from his previous employer to apply for his UIF payout.

After multiple enquiries by the company, it was found that the money was paid out but was immediately redirected to the suspect’s account instead.

A case was opened and almost R4.6 million has already been recovered after the man allegedly used nearly R100 000 on himself.

Meanwhile, in another case, two police officers - Sergeant Thokozane Mchunu (34) and Sergeant Nqobile Witness Mzimela (39), along with another suspect, Sboniso Percival Khanyile (25) will appear in the same court on Monday, after being arrested last week for the same crime – theft of around of R692 000 which was linked to the same UIF COVID–19 TERS.

National Adhesive, a private company, had successfully applied for relief funds for their employees. Unfortunately, it was later found that the company’s banking details were changed which led to the R692 000 being deposited into another, fraudulent bank account.

It was ultimately found that the account belonged to Mchunu from the Durban Central Tactical Response Team. He had allegedly transferred the money to Khanyile and Mzimela, who is also associated with the Durban tracking Team.

A bakkie and property space were also seized, along with nearly R240 000 which has been frozen; these assets are expected to be surrendered to the state.

“This would not have been possible without a collective effort and the assistance of the National Prosecuting Authority, Asset Forfeiture Unit, Financial Intelligence Centre, Priority Crime Specialised Investigation and the Intelligence community. Their unwavering determination is highly appreciated,” the Hawks said.

Lebeya said that pensioners are supposed to be role models to their children and grandchildren. "Without suggesting the guilt of the suspect, behaviour of this manner suggests a bad role model."

The suspect is expected to appear before the Pretoria Commercial Crimes Court on Monday.