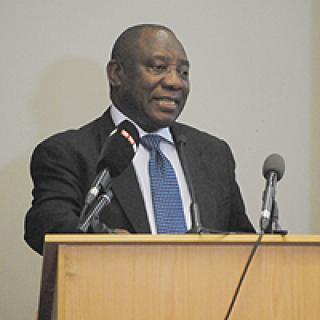 President Cyril Ramaphosa has announced his first national Cabinet.  Since he took over from Jacob Zuma as President of the country there has been much speculation on who he will fire, and who he will bring into the Cabinet.

David Mabuza, Zweli Mkhize and Nhlanhla Nene are all to be sworn in as a members of parliament on Tuesday. Once they have been sworn in, President Ramaphosa announced that David Mabuza will be the new Deputy President of the country.

There was no change for Basic Education and for the Labour portfolio.  The current Minister of Higher Education and Training, Professor Mkhize has lost her job and she has been replaced with Naledi Pandor.

Former Higher Education and Training Minister, and SA Communist Party leader, Dr Blade Nzimande is back in government with the Transport portfolio.

All board members of State Owned Enterprises will know that they are in for a tough time, as the very experienced former-Finance Minister Pravin Gordhan will be in charge of getting the SOEs into shape.