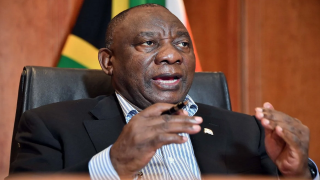 This is part of the Economic Recovery plan, which was established in response to the Covid-19 pandemic.

Speaking during a live address on Thursday afternoon, the President said government has agreed to amend schedule 2 of the Electricity Regulation Act.

Amending this act will increase the NERSA licensing of embedded generation threshold from 1 MW to 100 MW.

This will allow for on the grid and off the grid generation of electricity. It will also give businesses an alternative option to Eskom, which has been an unreliable electricity provider due to loadshedding.

Ramaphosa also added that in order to make the supply of electricity more secure, a total of 1 200 MW of new generation capacity has now been connected to the grid.

“A request for proposals has been issued for 2 600 MW of power from wind and solar PV projects through Bid Window 5.

“Eleven preferred bidders have been approved as part of the emergency power procurement programme, which will together deliver nearly 2 000 MW of power to the grid over the next 18 months." he said.

The President said the new change will be gazetted within the next 60 days by the Department of Mineral Resources and Energy.

Business Unity South Africa (BUSA) has welcomed the President's announcement, as this means businesses will be able to generate their own electricity and create more jobs.

BUSA believes that more than 1 600 can be created by increasing generation to a 50 MW threshold. With the 100MW threshold, even more jobs are likely to be created.

" We are confident that the economies of scale unlocked by 100MW will likely enable further investment, job creation and development of local industrial capacity."