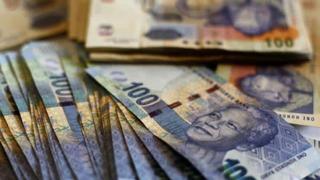 The rand recently reached its strongest against the US dollar since 2019. Consumers and economists are hopeful about what this means for the country.

Senior Portfolio Manager at SASFIN Wealth, Nesan Nair said the strengthening of the rand against the dollar is good news for the country.

"South Africa's biggest import is oil, oil is purchased in dollars, using rands and if the rand strengthens against the dollar then you need more rands to buy the same amount of oil. Ultimately that translates into a reduction in the fuel price."

"If the rand maintains that strength then obviously that price will come down in rands to lower inflation for the country. A vast amount of consumer goods that we import, from items of clothing, pharmaceuticals etc. will have their prices trend lower if the rand maintains its strength."

With the unemployment rate reaching at 32.6% in the first three months of 2021, hopes are high about the possibility of the rand/dollar exchange rate positively impacting unemployed people in the country.

But, Nair thinks the change will not happen overnight, but rather over the course of time.

"Unemployment is always a lagging indicator, in other words, it tells us more about the past than what's going to happen in the future. We should just focus on the sentiment indices right now and based on that,we anticipate that there will be a fall, even if it's moderate in the unemployment rate in the months to come"