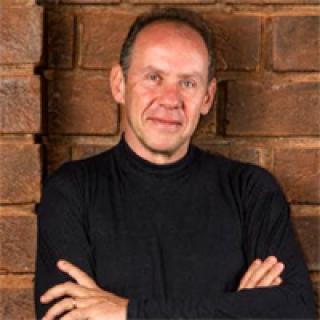 Thirty-eight years ago Ricardo Semler threw away the workplace rulebook and gave his 3,000 Brazilian employees at Semco, a centrifuge manufacturing company, the freedom to determine their own salaries and decide when to go to the office. He achieved a 40% return on capital, every year, for 25 years. Now, as he prepares to visit South Africa to speak at the Allan Gray Investment Summit next week, we find out what makes him tick, what makes him mad, and what South Africa needs to do to get back on track.

Why do you think, even after the success of Semco, that businesses have only partially adopted your example of corporate democracy or created their own adaptations?

In the last 12 to 18 months we have seen a sharp increase in the number of companies who profess to be running their companies in a Semco-style; this number sits at about 250. This is probably due to the catch-up of flexible workplace rules and times, and a set of principles that were too strange for the business world 40 years ago.

The Semco Survival Manual from 38 years ago saw bosses being approved for their jobs by their subordinates; employees being evaluated anonymously by peers in more junior positions every six months to be reinstated in their jobs; staff working at home with 50 kg telex machines; and, a programme called Semco Woman that recognised inequality in the workforce and allowed women to participate to correct it.

But this concept requires a leap of faith and a loss of control, and both are unwelcome by many companies today: management and shareholders want quarterly results in an effort to feel in control. Unfortunately it is also the reason that big businesses have grown and ultimately have more control, often syphoning cash from the poorest in society. This is a broken system that has helped create the imbalance of wealth in the world.

Semco management style is but a small effort to right these wrongs, with its participative process and substantial sharing of profits, which doubles or trebles employees’ income, compared to other big businesses.

With the presence of millennials in the workplace demanding a change in the way organisations treat and view their employees do you think your ideas are relevant, or out of date, for today?

The Y and Z generations are forcing companies to adapt their management models, but companies mostly adhere in a nominal and tricky fashion, as they did with greenwashing and social responsibility.

Companies think they are modern because their walls are orange, that there are tattooed kids playing Foosball and their dogs are at work. This is all silly, and millennium-washing. The trick is to bring in the older generation, rather than throw them out with the bath water, and getting them to mentor and co-work from a distance (no traffic and long meetings for 67-year-olds who have wisdom to share).

There’s also a super-valuation of millenials, who are largely self-centred, with low levels of company commitment – always ready to shut down their terminal and go off to do something else on a moment’s whim. And, when you look at the success rate of start-ups, which is under 1%, it is a wonder that staid middle-age suits would want to emulate them.

What are your thoughts on blockchain technology and its potential to decentralise / disrupt institutions, as in the case of cryptocurrency, but also in the way that we share information?

Blockchain speaks to the disintermediation that has syphoned off profits and agility, and created silos of hugely profitable oligopolies. The robber barons of the other century were Vanderbilt, Rockefeller, Carnegie and JP Morgan, because they “owned” the new businesses of the day: railroads, steel, banking, electricity. What differentiates their monopolies and dirty tactics from the Facebooks, Googles and Apples of today? Blockchain is humanity’s antidote to greedy bankers, software players and providers, lawyers and doctors.