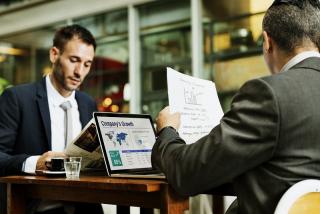 Due to the fact that some employers are unskilled in dealing both effectively and legally with poor performance or misconduct they look for other ways of getting rid of ‘troublesome employees. However, the law has made it clear that employers must use laid down corrective/disciplinary processes in such cases and are not allowed to misuse other methods such as retrenchments.

Many employers cull undesirable employees by declaring jobs redundant and placing the incumbent employees in a ‘redundancy pool’ or ‘redeployment pool’. The employer then requires the pooled employees to apply for vacant posts but turns down the applications of the targeted ‘undesirables’. The practice of ‘pooling’ might succeed if the employer can prove that the pooling and the redundancies are legally justified in the prevailing circumstances, that there are no hidden agendas and that the employees concerned have agreed to the pooling option. However, this approach bears so many pitfalls and is so open to misuse that I strongly advise employers to avoid it.

A case that illustrates this point is that of Oosthuizen vs Telkom SA Ltd (2007, 11 BLLR 1013). Ooosthuizen was an engineer with 30 years of service. During a staff cut-back exercise his job was made redundant and he was placed in a redeployment pool with the agreement of his trade union. He then applied for 22 vacancies at Telkom but, although he was short-listed for some of them, he was unsuccessful with all of them. When he was retrenched he claimed that this was unfair as the employer had not consulted with him.

The Labour Court found that the employer had no obligation to consult with him as they had consulted with his trade union. The court therefore found the retrenchment to be fair. Oosthuizen therefore appealed to the Labour Appeal Court where it was found/decided that:

This case reinforces the fact that the courts are now placing a much tougher test than ever before on the question as to whether the employer is entitled to retrench employees. This means that hidden agendas are more likely to be uncovered and punished. Before employers consider dismissing employees under any circumstances they should obtain expert advice in order to ensure both effectiveness and legal compliance.

To register for our 16 July webinar on Investigating in the Covid Environment please contact Ronni on [email protected] or 0845217492.