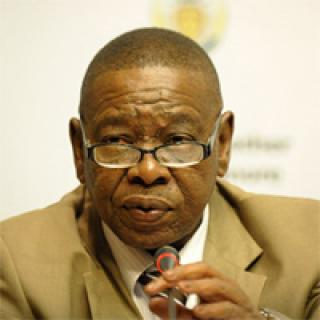 The decision to place the W&RSETA under administration was prompted by governance challenges and the failure to respond to a number of concerns the Minister had raised.

The Department of Higher Education and Training had partnered with the Departments of Labour and Small Business Development to support the Township Economies Revitalisation Programme to contribute to government’s Nine-Point Plan to stimulate the economy.

The department, through W&RSETA, had made a commitment and signed a memorandum of agreement to the tune of R107 million towards the programme.

“The Wholesale and Retail Sector Education and Training Authority signed an agreement with the Unemployment Insurance Fund and Department of Small Business Development, which was to help unlock the potential of SMMEs, cooperatives, townships and rural enterprises.

“This is an important programme of government as part of the Nine-Point Plan to stimulate the economy and create much needed jobs. However, it has been compromised by the [W&RSETA] board actions,” said Minister Nzimande.

The board took a decision, which is disputed by some board members, to completely withdraw from this programme and its funding without communicating or consulting the department and relevant partners.

However, some members of the board claim the resolution was to amend the agreement and not to withdraw.

“This action has compromised this programme and has the potential to bring the department and the SETA system into disrepute. It furthers speaks volumes about the unity and cohesion of the board and its ability to take decisions, including exercising its fiduciary responsibilities.

“I am disappointed and aggrieved by the actions of this board and I am convinced they are not acting in the interest of the organisation. They are not averse to the implications of their decisions on the country and unemployment rate we face,” the Minister said.

W&RSETA also received a qualified audit opinion from the Auditor General in the 2014/15 financial year.

Minister Nzimande requested the board to submit a comprehensive plan to address concerns raised in the opinion. However, the response was inadequate, which led to a subsequent qualified audit opinion in the 2015/16 financial year.

The Minister also raised concerns about the appointment of the Chief Financial Officer, who was subsequently appointed as the Chief Executive Officer (CEO) and Chief Officer: Qualifications.

“The Minister and the department are of the view that these appointments compromise the effectiveness of internal control processes and exposes the SETA to a risk of self-review,” said the Department of Higher Education and Training said in a statement.

The appointment meant the Acting CEO would have been reporting to herself on the operational tasks she performs.

“Subsequently, they were not party to the reports submitted to the Ministry as instructed by the Minister. This further demonstrates lack of unity, cohesion and cooperation required among board members to exercise their fiduciary duties effectively and efficiently,” the department said.

Minister Nzimande said he has not taken the decision to place the W&RSETA under administration lightly.

“I have had to take it in the interest of the SETA system, organisation and our obligations to unlock township economies and create jobs.

“I could not allow W&RSETA to proceed in this manner and collapse the organisation, given the veracity of challenges they face. I have therefore instructed the Director General to appoint an administrator to put the organisation back on track,” said Minister Nzimande.

The administrator has been appointed through the Government Gazette published on 3 October 2016, for a period of 12 months from the date of the publication to take over the administration of W&RSETA. – SAnews.gov.za