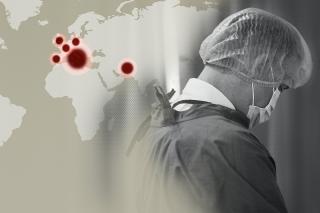 The Health Department said in an announcement that 240 healthcare professionals have succumbed to the coronavirus in South Africa, with the public sector being the hardest hit.

“We salute these fallen soldiers and pay tribute to them for their commitment to serving the people of South Africa right until the very end. We extend our condolences to all the family, friends and colleagues of these valuable members of society,” the Health Minister, Dr Zweli Mkhize, said on Wednesday.

Also, 11 545 are from other categories of clinicians, while 28 are port healthcare workers.

“The overall infection rate among healthcare workers, compared to the total number of cases identified nationally, is 5%, which is well below the global average of 10%,” Mkhize explained, adding that the recovery rate is 58%.

Four healthcare workers died in the Northern Cape and three are from Mpumalanga.

Limpopo is the only province that has zero fatalities reported.

“We wish all healthcare workers currently battling COVID-19 a speedy recovery and look forward to welcoming them back to the workforce when they are fully recovered,” Mkhize said.