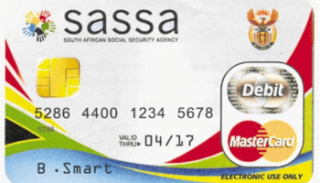 The South African Social Security Agency (SASSA) has appealed to anyone who may have information about the robbery of SASSA’s pay point in Thafamasi, to contact their nearest police station.

The incident took place on Thursday morning at Ndwedwe, north of Durban, where at least five armed men stormed into the paysite, while SASSA officials were busy with payments, and fired several shots.

The robbers allegedly attacked a security guard and took his firearm before fleeing the scene with an undisclosed amount of cash that was already assigned to paymasters.

Matlou continued by saying that no one else was harmed during the incident and a case of theft and armed robbery has been opened at Ndwedwe Police Station.

While every effort is made to protect officials and beneficiaries during paydays, Matlou appealed to beneficiaries to be vigilant and take extra caution when collecting payments.

“We will ensure that security at these pay points is ramped up to ensure that our beneficiaries receive their grants in safe conditions. It’s unfortunate that our clients had to experience this incident and that some officials were injured, this is a selfish act by these robbers who are placing the lives of the vulnerable groups under a further financial strain,” Matlou said.

Matlou ended by appealing to the law enforcement agencies to act swiftly to arrest the criminals.