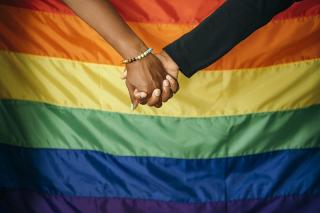 *Seoketsi from Limpopo was physically assaulted by a nurse and after laying a charge, a doctor refused to examine her or to sign a report about the assault. Getty Myeni, from Ermelo, knew the men who broke into her home and stabbed her to ‘fix her to become a real man’.

She reported this at the local police station where she was ridiculed and mocked.

Despite knowing her attackers, the police did not investigate the case.

*Thabo from Bloemfontein is resented and mistreated for his sexuality by his stepfather who wants him to toughen up and be a man. Augustine from Mpumalanga says, “My life is a hell - the name-calling, staring, insults and harassment is my daily reality.”

Beyond Zero’s Me1st  campaign which targets men who have sex with men and the #UnMuteMe campaign which supports transgender people, indicates that harassment by family and society is a contributing factor to the mental health issues of many LGBTI people.

Dr Bulumko Futshane, Beyond Zero’s programme director for HIV prevention under the Global Fund says, “Family rejection is high and leads youth to either run away from or be kicked out of their homes. Once they find themselves homeless, they are at risk of HIV infection and other sexually transmitted infections and engaging in risky sexual behaviour including sex work. Intimate partner violence is also prevalent.”

The LGBTI community is often reluctant to seek medical care or are denied access by healthcare providers due to discrimination or a lack of knowledge or experience with LGBTI health. This discrimination and stigma result in increased HIV and TB transmission because patients do not adhere to their treatment routines.

LGBTI people also face harsh experiences due to their sexual orientation in the social justice system where, while seeking help, they are exposed to discrimination, police harassment and lack of access to courts.  Urgent legal and policy reforms that ensure justice and protection for all LGBTI people, who are already among the most marginalised, need to be implemented.

Beyond Zero, aligning with WHO strategy on combatting the dramatic health disparities faced by LGBTI populations, is training and sensitising healthcare workers, and engaging with law enforcement and community members to provide an accepting environment for transgender people to seek treatment and support.