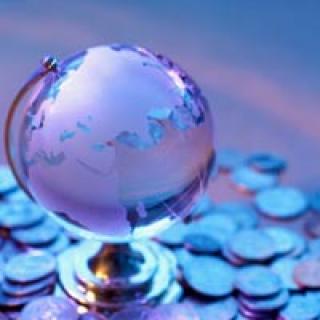 South African companies have little to fear from the accounting and auditing
reforms announced by the European Union in April.

That?s according to Andrew Hannington, CEO of Grant Thornton
Johannesburg.
The reforms which were announced last month threaten to upset the status quo
for audit firms in the EU as the region?s Statutory Audit Directives introduce a raft
of changes that regulate the role and relationship between the firms and their
clients.

Most significantly, the new directive requires that organisations change their
audit firm at least every ten years to counter concerns that long-standing
relationships impact audit impartiality. Other important changes are intended to
provide greater transparency to shareholders while also providing a separation
of roles between the audit function and advisory services.

"As a profession we naturally welcome these changes, although we don?t
see the necessity for these changes in South Africa as we already have a
sufficiently robust regulatory framework that avoids the conflicts which these
reforms set out to address,' Hannington says. "It is important to recognise that
the market size, pressures and relationships in South Africa are fundamentally
different.'

He points out that the wide adoption of the world-leading King III Report on
Corporate Governance already places significant and meaningful demands on
the corporate reporting practice in the country. This cuts across aspects
addressed in the EU reforms.

This is most clearly evident in the local stipulation of audit partner rotation
every five years, in terms of the Companies Act, as opposed to the audit firm
rotation as expected in the EU. He argues that the factors that make this
unsustainable in South Africa include the tremendous cost involved in rotating
firms, as well as loss of corporate knowledge.

Another area in which South Africa already surpasses the new regulations is
in the requirement that non-audit services account for no more than 70% of the
audit fee.

"We have seen in many cases that the local audit committees have set a
25% threshold despite there being no such requirement in the law. It is a self-
regulated threshold in the auditing profession in South Africa by common usage.
For us the 70% limit is a good thing as it suggests that maybe corporate South
Africa has been too conservative,' Hannington suggests.

The recent introduction of Section 90(2) to the Companies Act that imposes
limitations on the scope of accounting services that auditors can provide is
another measure where Hannington says South Africa is ahead of the measures
announced in the EU.

Section 90(2) of The Companies Act directs that audit firms are no longer
permitted to prepare inter alia financial statements on behalf of some of their
audit clients with effect from 1 January 2014. The preparation of annual financial
statements now needs to be handled internally within the company?s finance
department, or by another independent external consultant who is not the
auditor.

Similarly, the EU reforms that call for greater communication and
transparency to shareholders by the auditors are already well entrenched in
South African reporting practices.

"Given IFRS, Companies Act and JSE disclosure requirements, I think
shareholders are getting more than enough information and I would be
surprised if there is a demand for more information. In practice we have seen
the annual report grow from 30 pages to over 100 pages with the integrated
report including disclosures on non-financial information such as sustainability,'
Hannington says.

"In as much as the auditors need to disclose we would welcome further
disclosure, but more as a company director?s responsibility. Ultimately the onus
is on the company to report to the shareholders and for the auditor to express
an opinion on the fair presentation of that report.'