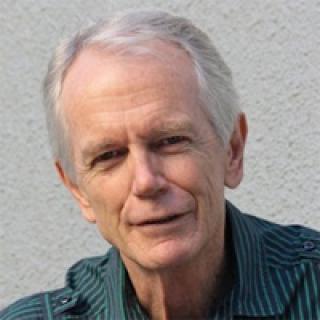 Government needs to stop the bleed, says Professor Norman Faull of the Lean Africa Institute (LIA) based at the UCT Graduate School of Business (GSB). “It is haemorrhaging money and resources without having much to show for it.”

According to recent reports, government spending has increased dramatically, with the wage bill for the first four months of this financial year being R23 billion higher than for the same period last year. The National Treasury is investigating wasteful spending that could amount to over R233 billion. Meanwhile, business confidence is at a 31-year-low.

Finding solutions to these significant issues will be one of the topics at Africa’s 8th Lean Management Summit, held from 19 to 21 October at the Vineyard Hotel in Cape Town. Significantly, the headline sponsor for the event is the Western Cape Department of Economic Development and Tourism.

Rashid Toefy, Managing Director of the conference organiser MCI South Africa, said the department’s decision to sponsor the event is a positive sign for government. “The department has been vocal in its attempts to improve service delivery and public service efficiency,” he said. “This move will give impetus to this.”

Formed in 2011, the Western Cape Government’s Red Tape Reduction Unit seeks to cut down on bureaucracy to promote better business in the province. It is one of the reasons why the Western Cape consistently outperforms the rest of the country when it comes to new business. According to Wesgro, the province has over the past year secured foreign direct green field investment of 143%, compared to 32% for SA as a whole.

“In the Western Cape, we are committed to cutting red tape to make it easier for businesses to create jobs. This is why we launched the Red Tape Reduction Unit in 2011, which has assisted over 5 000 businesses since inception. We know that reducing red tape leads to increased economic growth”, says MEC for Economic Opportunities, Alan Winde. “This is why we support initiatives such as the Lean Summit, which focuses on efficient and innovative practices for management.”

Lean highlights how a simple, disciplined approach to systems and operations has the potential to revolutionise efficiency and customer experience, says Professor Faull, who will be speaking at the Summit on the topic of “What government needs to get right”. He and the LIA have many years experience working in the public sector and implementing lean management principles – with notable success. Patient waiting times at several Gauteng hospitals were cut by up to 50% following the implementation of lean principles resulting in more efficient delivery of medicines for patients.

Faull said that practitioners examined frontline services and introduced simple, visible charts for staff tracking such basics as punctuality and absenteeism on a daily basis.

Seen as a process rather than a solution, the system requires senior management to engage with challenges on a daily basis and to get buy-in from those on the frontline. He likens it to a daily hygiene routine like brushing your teeth and says that such an approach can bring stability and predictability to a system beleaguered by chaos, stress and time pressure.

“Lean management can have an enormous impact on the way an organisation functions, and its popularity is growing as people experience how quickly lean can impact customers, staff morale and budget by eliminating waste,” he says.

Keynote speaker at the summit will be Mike Rother from the University of Michigan’s College of Engineering. He is the author of the book Toyota Kata, which explores how the Japanese automotive giant developed lean principles and how these have been successfully rolled out to other industries around the world.

The Lean Summit Africa 2016, Building Capability in Challenging Times, will run from 19 to 21 October at the Vineyard Hotel and Conference Centre, Newlands, Cape Town. To register go to www.lean.org.za/Summit2016