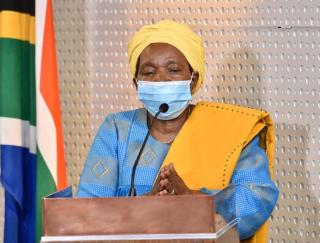 Today marks the end of SA’s initial 21-day lockdown, which has since been extended to the end of April.

Now, the government has decided to start easing the restrictions but also announced that essential service providers will be required to have a new certificate from the BizPortal website for the extended period. Speaking in an inter-ministerial committee meeting on the lockdown regulations, Cooperative Governance and Traditional Affairs minister Nkosazana Dlamini-Zuma said that the regulations that exist will be amended, while others will remain in place “for a long time”.

As part of the amendments, the minister said the following:

Minister Dlamini-Zuma also cautioned against easing lockdown regulations too quickly, as this will open the ‘floodgates’ saying that “we are going to ease in an incremental orderly manner. Every week we will be announcing which areas will be opening.”