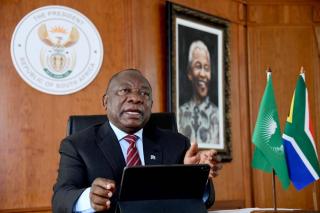 South Africa recently hosted its third annual investment conference and many investment pledges were made. With the current state of the economy, President Cyril Ramaphosa said it is remarkable that the country met its goal to secure investments.

The country has managed to rake in a collective total of R773.6 billion of pledges over the next 3 years. This means South Africa has reached 64% of its total target of R1.2 trillion.

The United Kingdom (UK) alone will be investing £9 million over the next 3 years in South Africa.

"The big benefit from this conference was keeping the conversation going. Obviously circumstances are much tougher than last year but the dialogue which this conference has created with investors has a real value and it's important to keep that momentum going even at a tough time," British High Commissioner Nigel Casey.

The UK left the EU in January and has been transitioning into its own trade terms.

"We have created a new agreement with South Africa, a UK only trade agreement and the point of the program we launched yesterday was to really help South Africa and the other countries in this region to take advantage of the provisions of that agreement." said Casey.

He said the agreement would help businesses understand customs requirements and non-tariff barriers that affect trade.

President Ramaphosa said investment pledges made at the conference will go towards reviving sectors of the economy that have been hit hard by the pandemic. This includes the tourism and hospitality industries.

“These investments will go a long way towards their recovery. As in previous years, the breadth of investments showcases the diversity of the South African economy. This year’s announcements include both greenfield and expansion projects across the country,” he said.