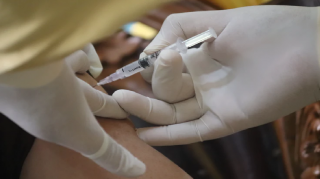 South Africa's vaccine rollout has not been going as smoothly as planned, with less vaccines being made available than planned.

The latest data released on 9 June showed that over 1.5 million vaccines have been administered so far. This means only about 2.55% of the population has received a vaccine dose.

The recent delays with the Johnson & Johnson vaccine have also added to the slow rollout of the vaccine.

The American Food and Drug Administration (FDA) suspended the administration of the Johnson&Johnson vaccine in April, in order to start an investigation.

The FDA believes the ingredients in the vaccine could have been contaminated in the Emergent BioSolutions' production plant in the US.

The South African Health Products Regulatory Authority (Sahpra) is now waiting on the FDA to approve the vaccine, so the rollout can continue.

Board chairperson of Sahpra, Helen Rees is concerned that time is running out for the vaccines to be approved.

“They have a limited shelf life because they had already been taken out of the long-term conditions for storage. So as every day ticks by, the possibility of us being able to use all of them rapidly, if we can get them, if we get the go-ahead from the FDA, that starts to diminish,”

“And we've also been in touch with the head of the FDA, which is a political appointee. So we're trying to pressurise the FDA both from the technical staff point of view and from the political side. I also know that many other organisations are sharing our concerns and are also asking the FDA, the same question,” Rees said.

In other vaccine news, the United States of America will be donating 500 million doses of the Pfizer vaccines to over 90 countries.

"Our partnership with the U.S. government will help bring hundreds of millions of doses of our vaccine to the poorest countries around the world as quickly as possible," said Pfizer Chief Executive Albert Bourla.