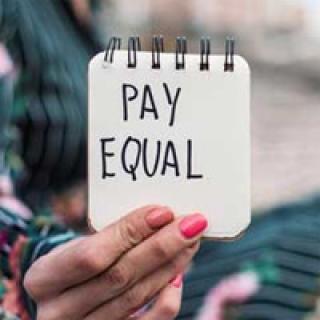 Case law is beginning to develop the South African labour law around unfair discrimination which has arisen since the introduction of the "equal pay for equal work" provisions of the Employment Equity Act (EEA) in 2014.

Although the EEA created this right and protection for employees by introducing inequality of pay where the same work, or work of equal value is performed, and although the Department of Labour released a Code of Good Practice on Equal Pay / Remuneration for Work of Equal Value in 2015. It has been left up to case law to test the principles provided for in the law. A recent case from the labour court provides some guidance.

In the case of Sun International Limited v Commercial and Allied Workers Union on behalf of Ramerafe (2019) the Labour Court considered the claim of a female surveillance auditor who alleged that she ought to be remunerated at the same level as a male, white colleague who also occupied the same position at Sun International. The Commission for Conciliation, Mediation and Arbitration found in her favour and ordered the pay gap (Ramerafe was paid about 51% of her colleagues salary) to be eliminated.

On review at the Labour Court, it was found that although the work was the same work (this was common cause in the case), and a difference in remuneration was admitted by both parties, and therefore there was discrimination (in the sense of a difference existing between two comparators) this discrimination was not unfair.

The reasoning of the court to come to this conclusion cannot be faulted.

The Code of Good Practice provides that where a difference between remuneration exists, where there is the same work or work of equal value, the difference may be justified, and therefore fair, based on the individuals' respective seniority or length of service, the respective qualifications, ability, competence or potential above the minimum acceptable levels required for the performance of the job, and the individuals' respective performance, quantity or quality of work, provided that employees are equally subject to the employer's performance evaluation system, and that the performance evaluation system is consistently applied. In Ramerafe's case, although her colleague performed the same work, he had more years of service and seniority, and a higher Private Security Industry Regulatory Authority (PSIRA) grade.

In addition, the court referred to a "market forces defence" - this justification provided that when the male colleague was recruited, his existing salary was higher than that of Ramerafe and accordingly, on the basis of a willing buyer - willing seller, Sun International had to offer him a higher starting salary, to incentivise him to accept their offer, and also took into account that his higher qualifications and experience demanded a premium.

The higher salary, being what the male colleague demanded and what the market justified, was accordingly a market related force justification for the difference between his salary and that of Ramerafe. The court accordingly found that although there was a difference, this was not due to race or gender and was justified by the market related premium attached to the other employee's better experience and qualifications.

Salary differences may always provoke dissatisfaction, but provided that employers are able to rationally justify why one person is better paid than another, on the basis of the factors which are fair in terms of the Code of Good Practice, the discrimination is not unfair.