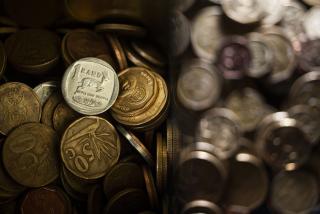 During his much-anticipated speech, President Cyril Ramaphosa outlined his plan for the recovery and reconstruction of SA’s economy on Thursday.

The idea behind the new plan is to help unlock greater job creation and encourage faster economic growth.

“The plan contains many practical initiatives which together should improve the underlying investment environment and unlock greater job creation and faster economic growth. Much now depends on how quickly the specific measures proposed in the plan can be implemented,” Nedbank economists said.

Some elements of the plan that was unveiled on Thursday, can be implemented “almost immediately – especially the regulatory reform and the energy sector proposals,” said the economists in a research note.

“However, the central feature of the plan – the infrastructure drive – will be difficult for government to get off the ground. Even if government managed to overcome its protracted skills and systems constraints in project management, the state will still have to find a solution to the skills exodus and diminished capacity within the construction sector.”

Infrastructure is a key component of the plan with the Infrastructure Fund expected to provide R100 billion in catalytic finance over the next decade, leveraging as much as R1 trillion in new investments for strategic infrastructure projects.

The plan is made up of high-impact interventions to revive SA’s economy and to lay the foundation for a sustainable recovery.

“The plan rests on an infrastructure expansion drive, which will be partially financed by freeing up private savings currently tied up in pension funds. A key ‘enabler’ of the plan is to amend Regulation 28 of the Pension Funds Act to unlock this source of funding for long-term infrastructure projects and to facilitate direct access to pension funds by Development Finance Institutions. This is an economically sound method to unlock faster growth,” said Nedbank.

This is also the key recommendation mentioned in the International Monetary Fund’s Fiscal Monitor.

While many countries have used private pension funds to accelerate infrastructure expansion, the economists voiced their concern at the country’s ability to deliver infrastructure on time and on budget.

The plan’s firm stance against corruption was encouraging.

“The most encouraging part of the plan is the focus on fighting corruption. It is essential that government delivers on this promise. It is the key to rebuilding public trust and boosting confidence. Fortunately, the President announced several steps which will go a long way towards this end. The most significant of these is the establishment of an open tender system, which will introduce far greater transparency and accountability to the entire tender process.

“Equally powerful is the decision to prohibit any relatives of office bearers to do business with government,” it said