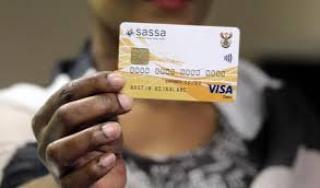 Government is in talks to replace Sassa grant beneficiary cards. This comes after Sassa faced a security breach 2 years ago.

In 2019, Sassa received a report stating that the master keys that are used to encrypt and decrypt pins and card information had been compromised.

The South African Reserve Bank (SARB) then instructed Sassa to replace all cards on the current system.

The bank also ordered Postbank to have better control over the manufacturing, storage and issuing of cards.

"The replacement of cards is a seasonal thing...What's making this replacement of Sassa cards extraordinary is sheer numbers of it. We need to replace 8.7 million cards."

The process is expected to start in June/July this year, with hopes of the distribution process taking place over 18 months to 2 years.

Van der Merwe has dismissed claims that the breach compromised the data of beneficiaries, as he clarified that no beneficiaries have lost money because of the breach.

"No beneficiary information, personal information, any data whatsoever was compromised. Up to now, not a single Sassa beneficiary has suffered any loss or any inconvenience because of this and neither did Sassa" he said.

"The fraud that took place was with cards that were stolen at SAPO branches through burglaries and robberies. The perpetrators used that to commit the fraud, the last of which took place in February last year, so it's well contained." said van de Merwe.