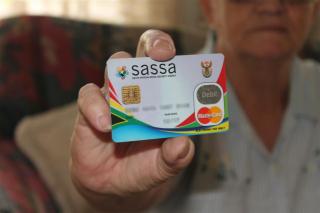 The South African Social Security Agency (SASSA) has taken a decision to relook declined COVID-19 grant applications and get to the bottom of the reasons for rejection.

The high numbers involved raised questions and SASSA decided that it would be wise to reconsider these before subjecting them to an appeal process, which comes at a cost and resultant delays, given the urgency to pay out the grant during these trying times for poor people impacted negatively by the national shutdown.

In early June close to 50% of processed applications did not qualify in terms of the criteria. Over 70% of those that did not qualify were either receiving or qualifying for UIF benefits according to the database that SASSA was using then to sift through the applications.

Subsequently, SASSA took a decision to request an updated database to reconsider the declined UIF cases instead of advising the aggrieved applicants to follow the appeals route.

Out of this reconsideration process it emerged that 85% of the UIF cases which were previously deemed not to be qualifying, actually qualify.

They have been approved and are being made aware of this development individually as and when such favourable decision is reached. Everyone affected will receive an SMS requesting them to provide their banking details.

It is important to respond to the SMS as quickly as possible and to follow the link provided. Approved applicants are reminded that the link cannot be shared with others, as it is linked to a specific ID number for security reasons. More than two and a half million applicants have already been paid so far from over 3.2 million who applied for the COVID-19 grant.

“Updating the UIF database has brought such a relief to us and the affected beneficiaries, the numbers will rise daily until we have paid all deserving individuals who were previously declined”, said Totsie Memela SASSA CEO.

She added that SASSA is working with the Department of Social Development to finalise the modalities of the appeals process for applicants who still feel that their applications were rejected unfairly.

The appeals function will be added to the www.srd.sassa.gov.za website as soon as the relevant framework has been approved.