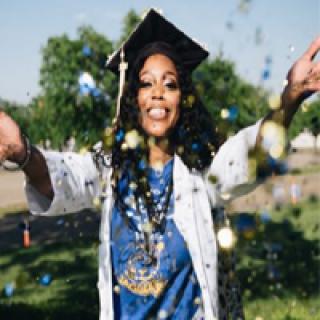 As the start of the northern hemisphere academic year hundreds of thousands of students across Africa head to the airport. The reason for this “student exodus” is that those who can afford it head abroad for their tertiary education.

Why do they go? A survey done last year found that 71% of African students studying outside Africa thought a degree earned abroad represented a higher-level qualification than a degree at home.

The exodus can be attributed to numerous reasons. These include inadequate funding of tertiary education resulting in dilapidated campuses and obsolete study programmes that are not adapted to developments in science and technology. Other factors include an absence of research policy and insufficient resources. All these result in a perception of low quality African universities.

That more than 70% of the students interviewed had a jaundiced view of an African degree seems a bit unjust. Nevertheless, the truth is that 17% of the world’s population lives on the African continent. Yet Africa has less than 1% of the world’s top 250 universities.

But it’s not all doom and gloom. There are African universities, despite the financial constraints, that are getting it right.

I did an analysis of universities on the continent to establish which were strongest in terms of research output. I used published research to identify the strongest and sourced scholarly outputs statistics from the academic database SciVal.

The number of outputs represents the research productivity of academics within an institution. For their part, articles published in the top 10% of academic journals serve to quantify the quality and impact of the scholarly outputs. The level of international co-authors indicates the level of international research collaboration and global prestige of each institution.

What emerged from the analysis is the similarity in the strategic approaches the best and aspiring African universities employ to achieve an increase in both scholarly output and quality. All universities covered in the article deemed international partnerships as essential to research productivity.

Two of the top universities in Africa for published research – also known as scholarly output – are the University of Cape Town and the University of the Witwatersrand. Both are in South Africa. They are ranked in the top 250 globally.

Both universities have between 30%-35% of all their scholarly output published in the top 10% of global academic journals. This is important for universities’ prestige as well as their finances.

There are positive signs in Nigeria too. The University of Ibadan was the top West African university for scholarly outputs. The university has 15% of all its outputs published in the top 10% of academic journals. And 38% of its publications were co-authored with institutions in other countries.

Another institution with an increasing scholarly output rate is Covenant University, Nigeria. It’s also a relatively young institution – it was opened in 2002. Just over 8% of all its outputs were published in the top 10% of academic journals.

The fact that 31% of its publications were co-authored with institutions in other countries demonstrated a collaborative approach to research.