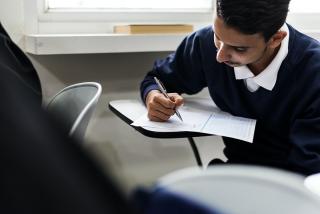 Schools across the country are in the process of finalising preparations to receive Grade 7 and 12 learners when schools reopen on 1 June.

Basic Education Minister Angie Motshekga said that this week will be dedicated to finalising all outstanding matters before learners return to school.

This week, schools need to ensure that health and safety requirements are prioritised. These include learner transport, water provision, basic hygiene and sanitation, psycho-social support and the recruitment and appointment of screeners and cleaners.

The Minister’s remarks follow Monday’s Council of Education Ministers (CEM) meeting, which considered the progress on the reopening of schools.

Last week, the CEM decided that the School Management Team (SMT) and teachers would return to school on Monday.

“CEM noted that even though some schools had not yet received their safety material, progress in the cleaning of schools and deliveries of personal protective equipment (PPEs) was taking place. Provinces were continuing to send evidence of the work being done.

“CEM agreed that by Thursday morning, the final report would be received and would indicate further progress made and identify other challenges that needed attention,” the Department of Basic Education said.

Motshekga will this week sign directives that address various matters, which include the issuing of travel permits for education purposes, Grade 12 examinations, safety measures, and mass events at schools.

While work is being done, CEM was also disturbed by the vandalism continuing to happen at schools.

“In KwaZulu-Natal, two schools were broken into and the entire consignment was stolen. In Soweto, two people were allegedly killed by members of the community after attempting to break into a school where deliveries of COVID-19 essentials had just been made,” the department said.

The Minister has appealed to members of the community to not to take the law into their own hands.

“Communities must protect schools against vandalism but must ensure at all times that violence does not occur. We request that the community should rather work with the police to bring suspected perpetrators to justice,” the Minister said.

The CEM welcomed the appointment of the National Education Collaboration Trust-led consortium to monitor and confirm that all the schools complied with the preconditions for the reopening of schools in the context of the Coronavirus environment.

The consortium will conduct an independent audit of the work provinces are doing, as part of the preparation towards the reopening of schools.

“CEM noted the methodology presented and progress made in engaging with the provinces and schools last week. CEM is looking forward to the reports once data is collected,” the department said.