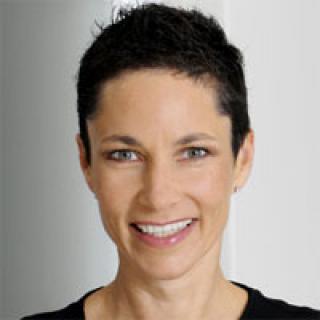 There has been an increase in demand of more than 100% for senior leaders from South African companies over the past three months, as businesses urgently play catch-up to fill their top posts.

Debbie Goodman-Bhyat, CEO of Jack Hammer, rated one of the top 3 executive search firms in the country, says there has been a wave of briefings from across all sectors since September.

“Comparing the months of September to November from 2015 to 2016, it shows that there has been a massive spike in hiring demand at a leadership level, with a year-on-year increase for these periods of just over 100%,” she says.

And although some of the demand is spurred by the need for companies to make key hires in line with their transformation policies, it is not significantly more than usual.

Rather, the recent rush can be ascribed to a combination of macro-economic factors, the local political context, and business imperatives.

“All of these factors of course play a role in general. But the way they have converged in this instance, has led to an interesting trend in the leadership space,” she says.

“Very recently, Statistics SA released the third quarter labour force survey, which showed that unemployment levels in the country now stand at their highest in 13 years, at 27.1%. Many analysts are predicting that the situation is set to get worse, not better. Yet an opposite trend is starting to become evident at senior levels.”

Goodman-Bhyat says that despite SA’s ongoing economic woes, there is a greater than ever – and increasing – demand for top leaders across the retail, FMCG, financial services, NGO and education sectors.

“Last year, the commodities crisis and shakiness in China in August 2015 had a bigger impact than expected on the South African economy, resulting in caution and conservatism regarding senior management hiring,” she says.

“This played out in the 3 months following, with a tapering of the demand that had been relatively consistent throughout 2015. One might have expected this to continue into 2016 given the ructions particularly around the Finance Ministry and Treasury, and SA’s tenuous political and economic situation, however that proved to not be the case.”

Goodman-Bhyat says that typically, after a lag in hiring at executive levels, a period of catch-up follows where companies rush to fill roles that have remained vacant for some time.

“This correction started early in 2016 and has escalated throughout the year, with a lull only in July during the local and international holiday period. However even given this consistent growth, the past 3 months has seen a tremendous spike in search and hiring activity.

“Despite tough markets globally and locally, organisations are fully cognisant of the fact that they need key people to drive growth and navigate complexity – to do anything else is to accept organisational demise. And to postpone critical hiring any further places an already back-footed company at a significant disadvantage.”

Meanwhile, Goodman-Bhyat says that an interesting new and growing presence in the executive search space are companies seeking suitably qualified and experienced leaders in the online education sector.

“A number of local and global companies offering a range of education offerings, from early learning to tertiary, in digital and online formats are emerging, and we expect to see consistent growth in this sector for the foreseeable future,” she says.