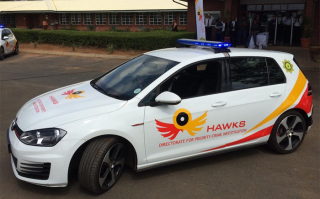 October has been a busy month for the Hawks after a senior government official is among 11 suspects expected to appear in the Nelspruit Magistrate's Court in connection with shady land deals totalling nearly R124 million.

“It is alleged that during February 2012, a complaint was made about the Msukaligwa Municipality, which allegedly bought a Rietspruit farm in Ermelo worth R11 million, yet sold for about R36.4 million in 2011, to develop a township while the municipality owned a farm that could have been utilised for the same purpose,” said the Hawks in a statement.

The investigation was carried out by a multi-agency investigation, which included the Special Investigating Unit (SIU) as well as the National Prosecuting Authority.

This comes after a whistle-blower alerted the investigators to two other deals involving two farms -- a 70-hectare Malelane farm worth R44 million, which was allegedly sold to the municipality at R50 million in 2011, and a 74.2-hectare Naauwpoort in Emalahleni worth R16 million, apparently sold for R37.5 million.

“All these three farms' actual combined value was approximately R70 million but through alleged collusion by the arrested suspects, the Mpumalanga of Human Settlements Department suffered a total loss of just under R124.million,” said the Hawks.

The money was apparently channelled through five “shell” companies.

An intricate paper trail was created including applications by the municipalities, valuation reports and internal correspondence in order to justify the deals.