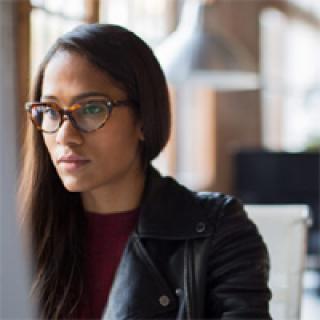 In March 2019 the lack of sexual harassment policies in some of South Africa’s political organisations made the headlines.

These parties are but a handful of the larger companies and organisations in South Africa who have not yet addressed sexual harassment and workplace bullying. Not to mention the medium sized and smaller companies who are simply and often unaware that they even need one.

During the last two years Staff Training have presented many sexual harassment awareness training sessions and we have been privy to a great number of instances, cases and confusion regarding the topic, as well as a good understanding of just how pervasive this behaviour is in our society today.

The repercussions of sexual harassment in the workplace are far reaching for the victims, the perpetrators and the organisations. The cases are often lengthy and drawn out and can cost millions. Or at the least so fraught with doubt and insecurities, that they are simply never even reported. The impact on victims can be devastating on both a personal and a career front, and often comes at a great cost to the company. The repercussions for the perpetrator can equally result in serious loss to both the perpetrator and their organisations. The bottom line is that sexual harassment is a no win situation.

Why then does it continue to pervade the work place and why more so in some industries or companies than in others?

1. Firstly in South Africa we have far too many companies who do not have any form of policy in place. As a result perpetrators can be unaware that they are crossing a line and victims do not know how to access assistance. In addition there are few people who understand exactly what sexual harassment is and how the victims can be of all ages, genders and sexual orientation.

2. Secondly when a company has no policy, it is unlikely that their management would know what to do should a complaint of sexual harassment arise. And some even well meaning managers may well cross an ethical line in discussing the matter or handling it inappropriately.

3. Too few companies are embracing the subject of sexual harassment in their wellness and diversity programmes, hence there are no discussions and sexual harassment or workplace bullying continues to thrive in a culture of silence.

4. In some industries considered to be traditionally male such as the mining and motor vehicle industry it has nearly become part of the culture as it has been left unattended to for so long. New recruits then either leave or adapt and the organisation can lose great skill and much money as a result.

5. In this research brief from the Human Rights Commission it becomes abundantly clear that whilst SA may have one of the most advanced constitutions in the world, it is a very different thing from having an intrinsic value of equality in the workplace or at home.

Whilst individuals continue to accept this inequality it is not likely that SA will ever reach the point where we are able to decrease the devastating workplace statistics regarding sexual harassment.