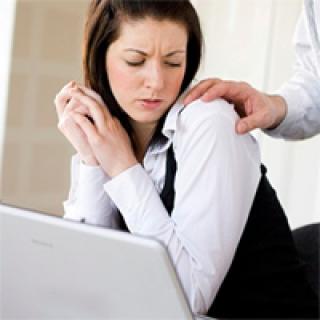 Do employees and organisations know their rights and obligations? While sexual harassment continues to be a common occurrence in the workplace, it is unfortunately also an issue that is not often addressed. And although both men and women can experience sexual harassment in the work environment, it is commonly more women that fall victim to it.

Kay Vittee, CEO of Quest Staffing Solutions, says the fact that it often remains unreported means that organisations aren’t able to deal with it effectively, and risk not only reputational damage but also the loss of valuable talent.

“The reality is that due to its sensitive nature, employees are too embarrassed or in some instances scared to report instances of sexual harassment. A common scenario is an employee in a senior position sexually harassing a more junior staff member who then often feels they may lose their job if they report it.

“However, sexual harassment in the workplace is prohibited under the labour laws of South Africa, and there are many cases on record where individuals have been legally prosecuted after having been found guilty of sexually harassing a colleague,” she comments.

Vittee explains that the Labour Relations Act contains a Code of Good Practice on the Handling of Sexual Harassment Cases in the Workplace that both defines and gives ways of dealing with it.

“According to the Code, sexual harassment comprises physical conduct, verbal conduct and in some instances non-verbal conduct where the victim is harassed online or via messages or images sent to their cell phone,” she adds.

When it comes to behaviours that constitute sexual harassment, Vittee describes these as any kind of sexual behaviour that makes you feel uncomfortable including:

In many instances perpetrators are dismissed, however Vittee says it depends very much on the route the victim opts to take when dealing with the harassment charge. Here victims have the choice of dealing with the sexual harassment in an informal or formal way.

· Talking to the perpetrator and requesting them to stop the behaviour that makes you feel uncomfortable.
· If you don’t feel comfortable approaching the abuse, ask a colleague you trust to accompany you or talk to them on your behalf. You can also take it up with your manager.
· Email the perpetrator and tell them their behaviour makes you uncomfortable and ask them to stop. Mention the things they do that make you feel uncomfortable. Remember to keep or save a copy of the communication.
Formal Way

When an employee opts to go the formal route, the organisation will need to follow the formal procedure contained in the Code. Here the victim needs to be told:

· To whom they should lodge their grievance.
· The timeframes in which the grievance will be dealt with.

“Ultimately organisations that want to prevent instances of sexual harassment need to actively communicate the types of behaviour that constitute sexual harassment as well as the recourse for victims and the consequences for perpetrators. It is often the case that employees are unaware their behaviour is inappropriate, and many careers and company reputations have been damaged as a result,” she concludes.