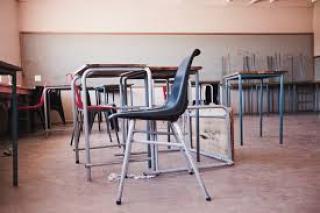 Following allegations that two Johannesburg-based schools are operating illegally, Gauteng Education MEC Panyaza Lesufi along with law enforcement is looking into what steps are needed to shut both schools down.

The MEC paid a visit to both schools on Thursday -  the one being Wisdom English Private School in Ivory Park and the other being True Grace Christian School in Ebony Park.

“Indeed, both schools were declared illegal because they are not registered with the Gauteng Education Department.

“On inspection, it was discovered that Wisdom English Private was operating on four (04) different locations in Ivory Park. Some educators failed to produce legal identification documents and South African Council of Educators (SACE) compliance documents, which is a requirement for an educator to teach learners in all our schools,” said the department.

Teachers who failed to produce the necessary ID documents were taken to the local police station for questioning.

Principals from both schools were also taken in for questioning on possible violation of immigration laws.

The MEC gave officials 48 hours to hand over the necessary documents to help them make an informed decision on what to do next.

“However, it must be mentioned that he was not happy with the conditions which are not conducive for teaching and learning at both schools. It is sad and disappointing to indicate that True Grace Christian School was amongst schools which were shut down in 2019, and they, unfortunately, mushroomed at a new location which was allegedly built two weeks ago,” said the GDE.

Officials have already started the process of placing the affected students in other institutions, should it come to that.

“Necessary engagements will be facilitated with all affected parents to guide on our intervention,” said the GDE.