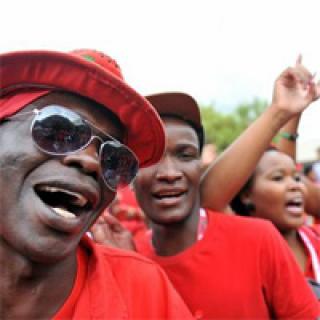 In Duncanmec (Pty) Limited v Gaylard N.O and Others [2018] ZACC 29, the Constitutional Court was tasked with assessing the reasonableness of an award issued by an arbitrator related to the dismissal of nine employees by Duncanmec (“the employer”) who were found guilty of racially offensive misconduct. The employees were members of the National Union of Metal Workers of South Africa (NUMSA).

On 30 April 2013, the employees participated in an unprotected strike at the employer’s premises, during which they danced and sang struggle songs. The lyrics they sang in isiZulu were translated as “Climb on top of the roof and tell them that my mother is rejoicing when we hit the boer”.

The employees refused to end the strike and resume work. The employees were charged for two acts of misconduct, the first being their participation in an unprotected strike and the second for singing racial songs in an offensive manner.

The employer brought a review application, requesting that the arbitrator’s decision be set aside by the Labour Court. The employer argued that the arbitrator did not properly, rationally and justifiably apply her mind to the facts, law, and evidence before her. NUMSA argued that the singing of the lyrics did not constitute hate speech or incitement to commit violence on white people, as the song was an old struggle song which was sung by workers during apartheid. Further, NUMSA submitted that the singing of struggle songs during a strike encourages other workers to unite against the authority of the employer.

The Constitutional Court was tasked with assessing whether the conduct of the employees in singing the struggle song constituted racism and whether the arbitrator’s award was unreasonable. In respect of the question of racism, the Constitutional Court held that the word to which the employer objected to, namely “boer”, is not an offensive racist term, as, depending on the context, the term may mean farmer or a white person. The Constitutional Court held that none of these meanings are racially offensive. The employer argued, however, that it was the context in which the word was uttered which rendered the singing a racist act.

The Constitutional Court noted that the arbitrator held that the song was inappropriate and not that the song contained racist words. The arbitrator’s findings was accepted by the employer in their affidavit filed in the Labour Court. Further, NUMSA did not contest the finding that the singing of the song at the workplace was inappropriate and offensive. The Constitutional Court thus approached the matter on the basis that the employees were guilty of a racially offensive conduct, and assessed whether the arbitrator’s award was unreasonable.