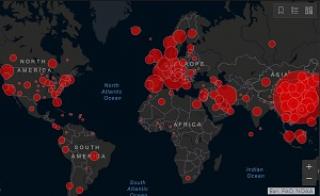 The Health Department has confirmed six new Coronavirus cases - bringing the total confirmed cases to 13, with the Western Cape confirming its first case. All of the new cases in South Africa are people who have recently travelled to Europe.

“All the patients have now been advised. Those who are symptomatic have started receiving treatment.

“Some of these patients are already in hospital while some, specifically those who are asymptomatic are in self quarantine,” said the Health Department on Wednesday.

The new confirmed cases exclude the outstanding results for the two patients who formed part of the group of 10 that travelled to Italy.

In Gauteng, four cases were reported. Among them a 33 year-old female who had travelled to Italy and returned on 1 March 2020.

Another is a couple - a 34-year-old male and a 33-year-old female - who had travelled to Germany. They returned to South Africa on 9 March 2020.

The fourth case in Gauteng is a 57-year-old male who had travelled to Austria and Italy. He returned to South Africa on 9 March 2020.

In KwaZulu-Natal, one case of a 40-year-old male - who had travelled to Portugal was reported. He returned on 7 March 2020.

The Western Cape also recorded one case of a 36-year-old male, who had travelled to multiple countries, including Germany, Austria, Switzerland and Turkey. He returned to South Africa on 9 March 2020.

“Contact tracing has also started for all these cases,” said the department.

To date, the National Institute of Communicable Diseases has conducted 3 642 tests.

“More information relating to these cases will be communicated. We also request that the privacy of the patients and the families continues to be observed by the media and members of the public,” said the department.